Every June, the lesbian, gay, bisexual and transgender community celebrates the ongoing struggle for full equality and liberation. It is a time when we assess where we are as a community and movement by looking back and analyzing past struggles to better plan future victories. In that context, we remember the individuals and organizations that played a role in the past-our heroes and allies as well as our enemies.

In June 1969, police conducted a raid on the Stonewall Inn in New York City. The raid was routine at the time. But something different took place that night that would forever change the way lesbians, gays, bisexuals and transgender people view themselves and would be treated by society.

Instead of accepting the brutality, humiliation and arrests by the cops, the LGBT community fought back for three days and nights, pulling up parking meters and dislodging cobblestones, defending themselves against state-sanctioned violence. This rebellion sparked a global movement that in a very short period of time gained enormous traction. That movement introduced great changes in laws and social conduct in the United States and around the world. The “love that dare not speak its name,” to use a phrase penned by poet Lord Alfred Douglas in 1894, came out of the closet for good.

The emergence of the modern LGBT movement in the late 1960s and early 1970s was part of a period of great social upheaval in the United States and around the world. The women’s liberation movement was in full swing, challenging centuries of sexist practices and inequalities. The struggles of the Black, Latino, Native and Asian communities against racist oppression were forcing concessions from the ruling class to address centuries of super-exploitation. Around the world, the former colonies of the imperialist countries were charting independent courses-with some taking the road toward socialist development.

The U.S. ruling class was under siege. Like all exploiting classes, it sought to manage the upheaval using a range of tactics to stabilize the political situation.

In some cases, it resorted to extreme repressions-like the COINTELPRO campaign to destroy the Black Panther Party and other revolutionary organizations in the African American and other nationally oppressed communities. In other cases, it resorted to social institutions, like the religious-based opposition to women’s reproductive rights. However, in all cases the ruling class has sought to destroy these movements by misdirecting opposition away from the real enemy-the capitalist class.

In 1977, in response to the sweeping social changes in favor of the LGBT communities made eight years after Stonewall, a kind of cultural counterrevolution emerged. This right-wing opposition threw down the gauntlet in Dade County, Florida.

On Jan. 28, 1977, the local county government passed an ordinance protecting LGBT people from discrimination in housing, employment and public accommodations. By today’s standards, it was a modest affirmation of the right of LGBT people to equal protection under the law.

Social forces opposed to equality for LGBT people galvanized themselves around Anita Bryant. For many people today, Anita Bryant may not be a household name. But at the time, there was nobody alive in the United States who did not recognize her name. She was a well-known and well-paid celebrity.

She received $100,000 a year as a spokesperson for the Florida Citrus Commission, the organization that represented the huge agribusiness interests that dominated Florida. Bryant extolled the benefits of drinking orange juice with the jingle, “A day without orange juice is like a day without sunshine.” A runner up in the 1958 Miss America contest, Bryant was a born-again Christian who professed allegiance to many of the ideas and symbols of U.S. society that were being challenged by the social movements of the time.

Bryant formed a group called “Save Our Children,” whose aim was to overturn the Dade ordinance. In so doing, she became the lead spokesperson for the movement against LGBT civil rights in the wake of the Stonewall Rebellion. In the course of that struggle, she came to represent social forces that were opposed not just to progress for LGBT people but for women and all working people as well.

Appealing on a backward moral and religious basis, Bryant quoted the Bible about the “abomination” of homosexuality and the need to defend “our” children from the supposedly decadent homosexual lifestyle. Bryant tried to falsely pit the LGBT struggle for equal rights against other social movements fighting for equality by saying homosexuals were demanding “special rights.”

Bryant and her right-wing cohorts’ feigned concern for children outraged the LGBT community. It had been a little more than two years since homosexuality had been removed from the list of mental disorders by the psychiatric profession. Nonetheless, the courts were routinely taking children away from lesbians with rulings solely based on the fact that the mother was a lesbian and thus an unfit parent.

A well-financed campaign led by Bryant and SOC collected over 60,000 signatures to put a referendum on the ballot to overturn the ordinance. On June 7, Dade County residents were to vote on the referendum.

Dade County became the center of the national battleground for LGBT rights. Bryant went on a national speaking tour sponsored by anti-gay right-wing groups across the country. Everywhere she went, the LGBT movement and its allies mobilized against her. The LGBT community initiated a national boycott of Florida orange juice as a way to put pressure on the corporations that gave her national prominence and a paycheck.

On June 7, 1977, by a vote of 200,000 to 90,000, the right-wing campaign succeeded in defeating the anti-discrimination ordinance. But the setback had the opposite effect on the LGBT movement than what the ruling class had intended. Instead of pushing people back into the closet, LGBT people and supporters held demonstrations across the country. The annual pride marches held later in June after the vote became militant protests against this bigoted ruling.

At the same time, the setback for the LGBT community in Dade County emboldened anti-gay forces and other reactionaries. The following year, anti-discrimination legislation was overturned by right-wing initiatives in St. Paul, Minn. and Wichita, Kan.

In the course of the struggle against the LGBT movement, the lines were very clearly drawn. In March 1978, while speaking in Decatur, Ill., Bryant was “protected” by members of the Ku Klux Klan. The significance of this alliance was not lost on progressive and anti-racist forces.

Over the course of the year, the LGBT community elevated the struggle. There was a march for “Lesbian Mothers’ Day” in Seattle in defense of lesbians and their children. When Bryant appeared in Atlanta in June, over 4,000 people turned out to oppose her.

The right wing made California the next electoral battleground when it funded Proposition 6 in 1978. Sponsored by State Senator John Briggs, Proposition 6, if passed, would have prohibited gays and lesbians from being teachers in the California school system. It would have required the firing of openly gay teachers or any teacher who advocated “homosexuality in a way that would come to the attention of school workers or students.”

The initiative was not only an attack on the LGBT community but on the labor movement as well. A progressive coalition of unions and LGBT groups was formed to defeat the initiative. In November 1978, Proposition 6 was defeated with 61 percent of the voters saying “No on Prop 6.” A similar defeat of an anti-gay referendum took place in Seattle as well. After two years of electoral setbacks, the LGBT movement was able to push back the bigots.

Taking down the closet door

One year later, in October 1979, the first national march on Washington for LGBT rights took place. Over 100,000 people poured into the streets. To this day, this writer remembers with goose bumps being able to walk the streets of Washington, D.C., with tens of thousands of other gay men and lesbians, knowing any show of anti-gay bigotry or violence would be met by the solidarity of an unstoppable social movement.

The tide had turned. The closet door had been taken off the hinges.

But whatever became of Anita Bryant? In 1979, the Florida Citrus Commission quietly decided not to renew her contract. Her strong anti-gay identification and association with racist groups like the Klan, coupled with an effective orange juice boycott, made her an economic liability for agribusiness owners. Her singing and entertainment career took a similar nosedive as well.

While Anita Bryant may be an obscure footnote in the history of the LGBT movement today, the experiences of that period laid the basis for the gains the LGBT community has made from 1979 to the present and will continue to make in the future.

A further footnote: In 1998, Dade County passed a measure outlawing discrimination on the basis of sexual orientation. In 2002, an effort to overturn the measure by referendum was defeated by 56 percent of the voters. 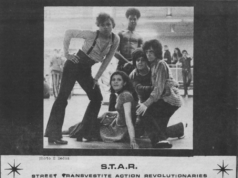