In mid-March, workers at McDonald’s in California, New York and Michigan filed lawsuits against the corporation for wage theft. The lawsuits reveal a clear pattern of abuse: paying below minimum wage; not paying legally required overtime; making workers pay for their own uniforms; even forcing them to clock out during slow hours and go wait in the parking lot.

In addition to the lawsuit, labor activists and community groups staged protests outside of McDonald’s in 30 cities, drawing national media attention.

It is atrocious that billion-dollar corporations would stoop to such tactics, but wage theft — bosses breaking the law to underpay workers — is extremely common in low-paying jobs. Amanda Weninghoff, a McDonald’s worker in Kansas City, Miss., explained in a statement put out by the organization Low Pay is Not Okay:

“If I stole $20 from the cash register, I’d be fired and my boss would not hesitate to call the cops. If McDonald’s steals hundreds from me, they can get away with it. And I’m not alone — there are hundreds of fast food workers across the country who say they are robbed by their employers every single day. …

“Last year, I estimate I lost about $1,200 to these types of practices at McDonald’s. That’s the difference between a deposit on an apartment and living in my car. That’s money for gas. That’s food for my children.”

The fight to expose and rectify wage theft is a critical one. Employers who break wage laws should not only be forced to pay up, but also charged for criminal theft and sent to jail.

At the same time, even if McDonald’s played by the rules, they would still be stealing from their employees. That is true of every business under the capitalist wage system. Every second of every day that workers go to work, they are being robbed. The extent of the theft is not shown in their paychecks, but it takes place nonetheless.

How does it work? The wage system, which is the cornerstone of capitalism, is designed to transfer the wealth that workers produce directly to private capitalists. Workers are those who sell their labor power to employers for a set amount of time in exchange for wages. A fraction of the value of what the workers produce comes back to them in the form of a wage. The rest is pocketed, or stolen, by the capitalists, who generally do no productive labor themselves.

They can get away with this because under capitalist laws, this sort of theft is perfectly legal. We are taught to accept as normal that a capitalist receives the end product of the workers’ labor, while the worker only gets wages.

This setup, which Marxists call exploitation, is the reason there is such enormous inequality in society. Why do workers agree to it, and in fact seek out a capitalist to employ/exploit them? Because the capitalists own the machinery, stores, factories, farms, banks, raw materials, and so on — all the physical things that are needed to produce. For workers, being employed by a capitalist is the only way to survive.

Labor militants have long called this “wage slavery” — not because the worker is owned outright by an individual capitalist, but instead is enslaved to the wage system that a small group of capitalists control.

That is why there is no such thing as a “fair wage” under capitalism. The wage system is unjust at its very core. In fact, even if your boss gives you a raise, he is still stealing from you.

That does not mean that getting a raise is unimportant. It can mean the difference between getting medical treatment or suffering, having a home or being evicted, barely surviving or having a more secure life for one’s family.

The struggle for power — which takes an open and sharp form in politics — also takes other forms in society, including at the workplace.

Wages largely reflect the balance of power at one’s workplace and the economy as a whole. Capitalists have built-in power because they control the means of production, and have the legal right to move their operations, as well as hire and fire, according to their whims. When there are a lot of unemployed workers ready to replace those with jobs, the bosses’ power is even greater.

If the bosses have all the power, they will pay workers only the bare minimum that they need to survive and raise the next generation of workers to replace them. When the capitalists and bankers look at their balance sheets at the end of the month, they are not measuring how well their employees are living — they are measuring profits.

Some groups of workers have more power or leverage at the workplace because they have specialized skills and training that makes them harder to replace. They demand and receive higher wages. But over time, all these professions are eventually undercut by technology and attacks from the capitalist class. The working class today is more educated and productive than ever before, but wages are declining. Clearly, skills do not provide any real power.

Workers have almost no power when they act alone. But when they join together and demand a better life, they can force the boss to raise wages. There are many ways workers begin to exercise power on the job — workers can act together to slow down work, they can march in a protest, circulate petitions and ultimately go on strike and form unions. There are many tactics, both inside and outside the workplace, that send a message to the capitalist class that they do not have all the power.

In the 20th century, there were mass movements of workers and other oppressed people that not only raised wages but also forced the government to provide social benefits. This could be called the “social wage,” a basic standard of living that most people expect to be preserved by the government. When politicians cut food stamps, raise the retirement age or close schools, they are lowering the social wage and — just like the employers who pay so little — trying to get the working class used to more intense suffering.

From a better wage to a better system

For over a year, workers across the country in low-wage jobs have been standing up and demanding that the minimum wage be increased to $15 an hour. Fast food workers in particular have raised the slogan of “$15 and a union.” If this movement were to succeed, it would dramatically improve the lives of tens of millions of people, reduce poverty and be a step towards empowering the most oppressed communities.

When workers wage coordinated struggles across many different workplaces and areas, they dramatically increase the likelihood that they will win. The great strength of the working class is its overwhelming numbers. Workers are also stronger when the movement extends beyond the workplace and builds deep roots in communities. The national scope and activist energy of “Fight for 15” has provided powerful imagery of this type of emerging movement.

It is no coincidence that the government is now considering a minimum wage increase. The Obama administration and even the Republican Party have announced that reducing inequality will be priorities for 2014.

Of course, none of these political forces, tied as they are to the biggest banks and corporations, can be expected to act in workers’ interests. But the mere fact that they are talking in such a way is their recognition that a new low-wage workers’ movement could explode and radically shake up all of society.

The Party for Socialism and Liberation joins the effort to win a $15-per-hour minimum wage. In fact, given the cost of living, workers will need to fight for even more to secure a real living wage.

At the same time, the PSL is fighting for a socialist society that abolishes the capitalist wage system altogether. There is nothing “fair” about a system that allows a tiny few to reap the benefits of hundreds of millions of others’ hard work. Socialism does not mean the end of work. It means all the value of one’s labor is returned to the working class as both income and the development of society as a whole. With militant and revolutionary organization, tested and formed in the day-to-day struggles, poor and working people can win not just a better wage but a whole new world. 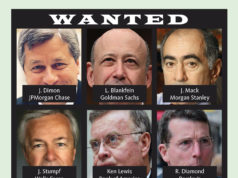