An interview with Mariela Castro

Director of the National Sex Education Center (CENESEX) and editor of the Sexology and Society magazine, a graduate in Education, specializing in Educational Psychology and with a Masters’ in Sexuality, Mariela Castro Espín was awarded the Eureka Prize for Science in 2012.

A CENESEX initiative, events and activities around May 17, International Day against Homophobia and Transphobia, have been organized since 2008. “We are not promoting fashions but a revolutionary ideology of social equality and equity in the process of socialist transition being developed in Cuba,” Mariela Castro stated.

This year, the event is dedicated to the Cuban family, under the maxim “Home is love, respect and inclusion: For families free of homophobia and transphobia.”

What innovations are contained in the 6th Cuban Conference against Homophobia?

For the first time, the National Sports, Physical Education and Recreation Institute (INDER) is honoring us with its participation. Historically, sports has been an area of exclusion in relation to sexual orientation and gender identity throughout the world.

However, in the dialogue we had with this institute’s authorities, we confirmed that there is awareness in terms of preventing discrimination. This doesn’t mean that it no longer happens, but as institutional policy there is a commitment to ensuring it doesn’t. That gave me great satisfaction. Moreover, they have been participating in the conference organizing committee, and the first sports festival against homophobia takes place on May 25 at 9:00 am in the Ciudad Deportiva complex. This is a major innovation in which Cuban sports is participating with us in this battle, which is part of the battle for social equality and equity.

What other activities are planned?

We will be having both academic and artistic events. For example, the National Center for the Prevention of STD/HIV/AIDS has organized a large number of activities. The Cuban Writers and Artists Union (UNEAC) always has a good program of debates, art and photographic exhibitions. This year we are celebrating the fifth anniversary of the Different Cinema Club, as always at the 23 y 12 movie theater, with Frank Padrón. Likewise, every year, the Ministry of Public Health, to which CENESEX is attached, selects a province in addition to Havana, for its principal activities. This year Ciego de Avila has been selected. It is a stimulus and a way of supporting work underway in promoting health and in the fight for sexual rights.

Also a tradition for two years now is an ecumenical celebration in the Pabellón Cuba, coordinated by the Martin Luther King Center. In this way we are convening people who profess the Christian faith to join this fight against discrimination.

Much anticipated is the May 11 conga, from the waterfall at the bottom of 23rd Street to Pabellón Cuba, to which everyone is invited.

We would like participation from the population as we are taking posters with messages, and if the population is not receptive to them, then we’re not doing our job. We have asked People’s Power bodies in different constituencies to support us on this issue, and they have committed themselves to taking part.

Do these events receive government support?

Yes. Our first meeting with a preliminary program is with the [Communist] Party and the government, both in Havana and in the selected province. One of the objectives proposed at the 1st National Party Conference in January 2012 is to fight against any form of discrimination, including sexual orientation and gender identity. The fact that the party has proposed this objective and that the Party and government are supporting these activities is a very large qualitative leap taken by the Revolution in the fight for social equality. That’s why central state administrative bodies and Cuban civil society organizations are participating in the activities.

Do you have a perception of increased participation?

The presence of the population has increased every year. Not only gay, lesbian or transgender people attend, but also heterosexuals, families, children, adolescents. We don’t do anything disrespectful. We have always ensured that all the forums we generate are inclusive and that nobody feels uncomfortable with what we present.

When we fight for gay, lesbian, transgender peoples’ rights, we are not taking away the rights of heterosexual people. Our tools for generating awareness in this context have been an educational strategy and one of communication in order to convey these messages to the population.

Do you believe that homophobia still prevails in Cuba?

This is a problem the world over. We have inherited a Spanish culture which is strongly patriarchal, homophobic, and highly discriminative. Such a long period of prejudices cannot be eliminated immediately. But, are we going to continue reproducing the oppressive, exploitative past, the past which invents prejudices in order to dominate persons? This is a society in search of socialism; we are fighting to articulate revolutionary ideas which will guarantee a society where the genuine emancipation of human beings is attained.

For that reason, we must go on working, with the support of the media, in different actions which invite reflection. When we talk about an educative strategy, we are talking about education with a bio-ethical viewpoint, which invites dialogue and reflection. We do not want to impose our viewpoints.

How has the work of CENESEX influenced institutional changes in relation to sexual diversity?

CENESEX has been one of those forums which generates sub-polices, through research, reflection, analysis in order to promote proposals for transformation into politics, society and culture. I think that this institution, together with other social actors, has been achieving, little by little, an articulation, and these sub-policies then translate into proposals for macro-social policy.

How is homophobia expressed in Cuba today?

We are recording homophobia through the legal consultation forum created in CENESEX by a group of lawyers. This legal office is open every Friday and, given the high demand, we should probably open it on another day of the week. We receive people who believe that their rights have been violated, for some reason linked to gender or their sexual identity.

We have identified the areas of greatest vulnerability to be within the family and the workplace. All of them have been resolved administratively, with letters sent to labor directors, or to ministries when that is appropriate. We always receive favorable responses, and interest in dialogue with us.

What satisfaction have these events brought you and what are the challenges ahead?

The most important thing we have achieved is dialogue. The Cuban population is discussing these issues. We receive many letters of thanks, telephone calls, messages on our webpage (http://www.cenesexualidad.sld.cu/). Many people approach us and tell us very gratifying things, like “now I’m a better person,” “thanks to your work I no longer discriminate against my children,” or “I no longer feel afraid of homosexuality.”

One of the reasons that we are dedicating the event to the Cuban family is not only because it is one of the areas of major vulnerability, but also because it is a way of sensitizing the population so that people understand the need at some point for the National Assembly to discuss the new family code, which for the first time includes respect for people’s sexual orientation. We are not pressuring, simply seeking a contribution from the population. In order to guarantee rights, awareness work is not enough, political will is not enough, this political will must be expressed in laws, and that is what we are trying to do by preparing these messages for families.

Have you been criticized for the work you are doing?

A lot. But those who criticize us always give us ideas. On the part of Cuban society, the criticisms we have received are an opportunity to realize what language we should use, what elements we should offer people so that they understand our message. 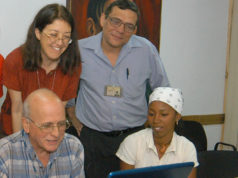 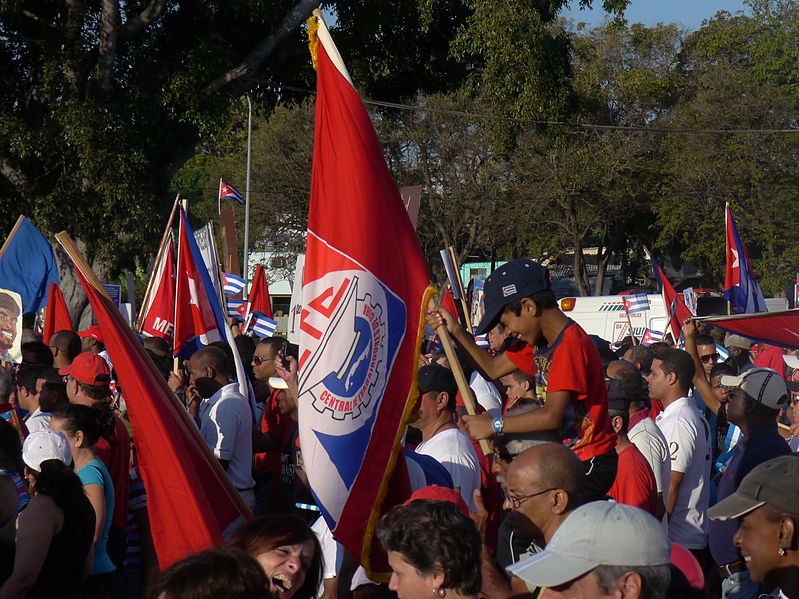