The writer is a union organizer.

Workers across most of Asia, Africa, Europe and Latin America have experience in using general strikes in order to press for political demands. For example, in 1995, French workers forced the government to retreat at least temporarily from an attack on pensions. Huge general strikes and demonstrations have been held over the last year in Greece, Portugal, Czech Republic, Romania, Spain and Argentina.

The president and prime minister of Egypt were forced out of office by a movement that refused to be diverted from their goal when politicians engaged in political maneuvers. Even when they were ordered to disperse, the people stayed. Huge determined strikes were an integral part of their movement. Their victories inspired workers in Wisconsin and Ohio. Now Egypt is an example of what is possible.

Students, progressive people and unionized workers are looking for the next step to win the struggle in Wisconsin. Legal actions could be taken to delay the anti-union Wisconsin law. Its passage was based on a violation of the Open Meetings Act when the law was pushed through without proper notice. Other tactics being pursued include the recall of legislators and focusing on who will be elected or unelected in the future. Of course, struggles need to be waged in every arena, including the courts, the legislature and the election process. But what will be the most effective tactic that can lead to victory?

Preparations for a general strike

On Feb. 21, the Wisconsin South Central Federation of Labor passed a resolution calling for preparations in case a general strike was necessary. This central labor body represents 45,000 workers in the counties near Madison which are at the heart of the national struggle to protect basic rights for working people. The call for preparation reflects a serious attitude toward the struggle since preparation and planning are essential for winning.

Usually strikes are a tool used by workers to force a single employer to give concessions, such as to treat people fairly, pay a living wage and so on. Strikes are a part of an escalating set of tactics used to apply increasing pressure to force management to do the right thing.

Should we wait for the recall and new political maneuvers?

On July 21, 1901, the Teamsters were locked out in San Francisco based on an anti-union strategy by management. The AFL had a policy of not being involved in any political action, but the ranks worked to form a Union Labor Party. In November, the ULP won the Mayor’s position which led to the defeat of management and a win for the union.

Similar longer term efforts might help add a small measure of pressure on Gov. Scott Walker and others. But today the legislative and electoral process is even more controlled by big business. Big business is more monopolized and integrated with the banks, financial institutions and investments abroad. Waiting for an electoral solution could deplete the energy of this new movement.

What is needed now is a strategy that will win. We need a strategy that will use the leverage and momentum gained in the massive demonstrations in Madison. We need tactics that escalate pressure now. The most reasonable tactic, one that would resonate with a lot of people and contains the seeds of victory, is the general strike.

In Wisconsin, Ohio and nearly every state the reality of workers coming together, forming unions, demanding bargaining and winning contracts came before the laws that made it legal.

In Ohio, the Ferguson Act went into effect in 1947. It barred bargaining and strikes for city and county workers. By 1968 most major cities—Akron, Cleveland, Columbus, Dayton, Toledo and Youngstown—had signed contracts with AFSCME. In the early 1970s there were more public employee strikes in Ohio than in all but one other state. This reality helped push the lawmakers to pass a law making organizing, contracts and strike legal. Workers organized and went on strike to achieve rights before the law was overturned in 1983.

The Wisconsin legislature passed a law in 1959 making it legal for city, county, and other local government workers to bargain. Prior to the passage of this law city employees were already acting collectively and forcing officials to bargain on wages and conditions of work. For example, in 1943, Milwaukee city laborers went on strike and won higher wages. In 1951, the CIO Civic Employees Union Local 1063 threatened a strike by 130 city workers over a change in work conditions. In 1955, AFL Firemen threatened a strike over pay.

Even after winning collective bargaining, there were many hard battles that gave rise to rights in contracts today. In 1974, a Hortonville Vigilante Association was formed to crush a strike by 500 teachers. Scabs were brought in and contracts were canceled. After fighting through such obstacles and finally winning some rights, today Gov. Walker wants to take teachers back to the old days.

Strikes have been used successfully to both stop bad laws and force politicians to enact good laws.

Strikes were used to win the 8 hour work day. They were key in securing health and safety laws. In 1968, the West Virginia Black Lung Association formed amid Congress’s defeat of a health and safety law. In November another deadly coal mine explosion killed 78 miners. On Feb. 18, 1969, West Virginia miners went on strike until the Governor signed a law giving the equivalent of workers compensation for Black Lung disease. After he signed the bill, they went back to work.

In March 1970, postal workers did not have the legal right to strike. Management was walking all over them. That month they went on strike in New York City and the strike spread across the country like wildfire. President Nixon tried to use the National Guard as strike breakers to deliver the mail. But he failed; the union won. Nixon was forced to sign the Postal Reorganization Act on Aug. 12, 1970. The law gave postal workers the legal right to strike after they had established it in practice

Strikes have also raised other political demands. Historically bus operators worked in street cars. United organization by these workers meant cops, clubs, jails and the National Guard. In November 1903, Chicago street car workers went on strike demanding union recognition and public ownership of the car system. It was privately owned but the company was gouging the public. The system became so expensive that workers couldn’t use it as they needed.

On Nov. 22, 1903, a rally of 15,000 supported the strike. Huge boulders blocked the tracks. When police tried to open a line the following day a four hour battle ensued. Other unions stepped up to support them. The Teamsters expressed solidarity by refusing to move anything that might help the employer. That night the owners gave in and recognized the union. By 1905, a Mayor was elected on an Immediate Municipal Ownership platform.

In April 1910, Columbus, Ohio street car workers went on strike for six months. The Governor sent in five regiments of troops to crush the strike. But the street car operators continued their struggle. It was so popular that 32 police mutinied and refused to follow orders to guard company cars. In the course of the struggle the strikers raised a demand for public ownership. In November of that year, in reaction to the brutal treatment of the strikers and the popular demand for public services, four Socialist Party candidates were elected to the City Council.

On other occasions workers have gone on strike to protest government attacks on their union leaders. On June 19, 1953, for example the ILWU began a four day general strike in Hawaii in sugar pineapple, and long shore operations to protest Smith Act convictions.

There are many examples of general strikes in the United States from big cities like San Francisco and Minneapolis in 1934 to small cities like Pekin, Ill., in 1936.

In 1864 at age 19, Kate Mullany led a six day strike that forced management to raise wages and laid the basis for the all-women Collar Laundry Union in Troy, N.Y. In 1886, she led 8,000 laundry and shirt workers in a strike.

In July 1881, a strike by 3,000 African American washer women, laundry and domestic workers in Atlanta nearly became a general strike.

In July 1917, the National Guard occupied Bloomington, Ill., to stop a strike by street car workers. They set machine guns at the Courthouse and marched through the city. The strike was very difficult. But after Mother Jones spoke to the people and other unions threatened a general strike, management quickly conceded and the union won.

In 1918, a general strike in Kansas City began with a strike by women laundry workers. In 1907, there was a general strike on the docks in New Orleans that united Black and white workers and stopped a union-busting move by management.

In 1919, a general strike in Seattle began with 60,000 shipyard workers and quickly expanded to involve the whole city.

Even though it was not organized as a single action, a huge wave of strikes in the textile industry spread from Alabama to Maine in 1934; it was in effect a general strike by 400,000 workers in the industry.

In 1946, 100,000 workers in Oakland supported 400 department store workers with a general strike. Within two days the City agreed to not use the police to escort scabs across the picket line. That was the key to winning union recognition three months later.

Wisconsin workers both employed and unemployed have a proud tradition of standing up for what is right and finding effective tactics to win. In today’s struggle there is a need to continue the legacy of struggle. Creative, bold, effective action is needed now more than ever. 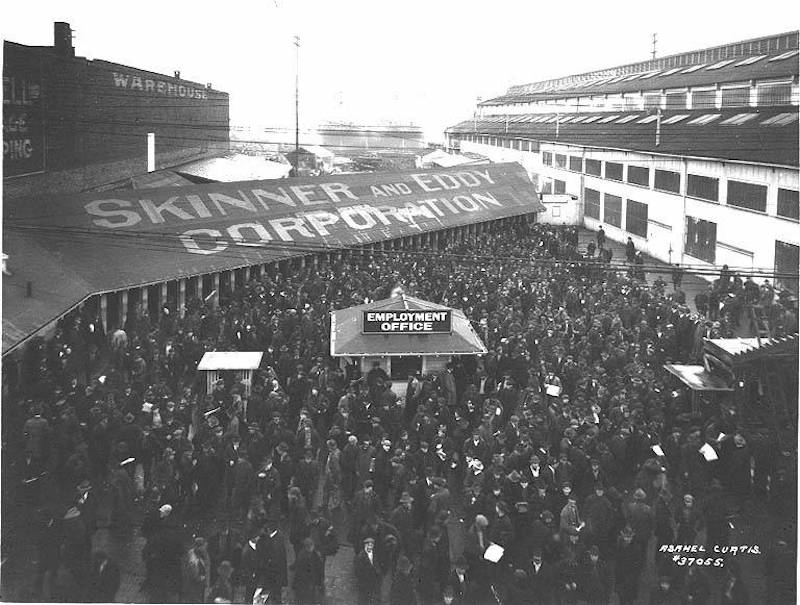 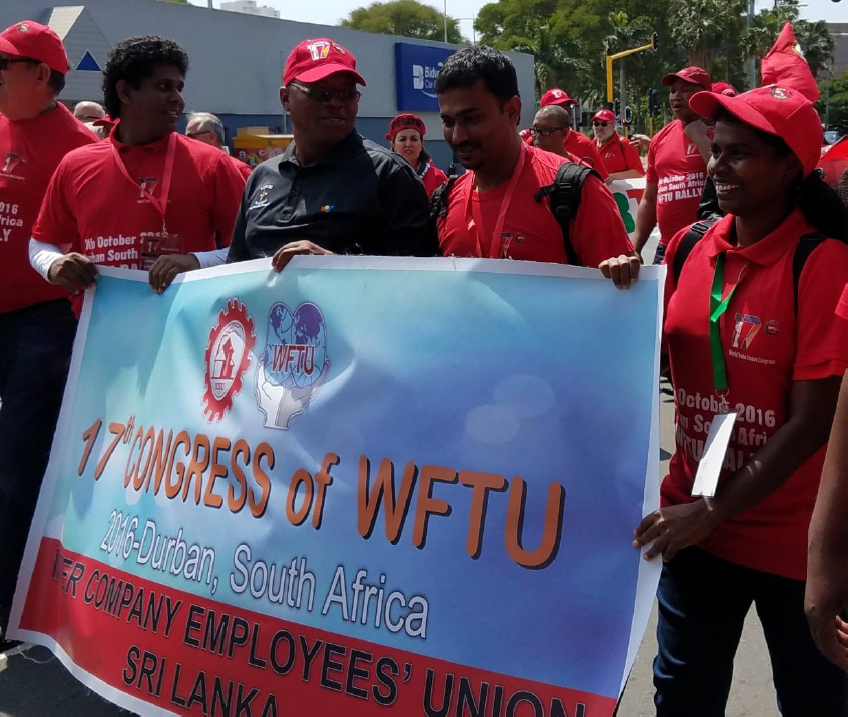 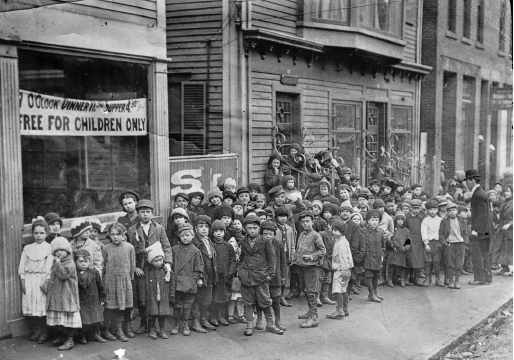