According to a recent State University of New York at Stony Brook / Erase Racism survey, the census ranks Long Island as the third most racially segregated suburban region in the country, behind the suburbs of Newark and Cleveland.

In 1947, the Federal Housing Administration launched in Long Island the suburb of Levittown, issuing affordable home loans to returning World War II veterans. The government and corporate media celebrated the town as the “model” for a new era of social stability and rising living standards. But this vision was based solidly on racism; deed restrictions, backed by New York State courts, limited the 17,400 newly constructed houses to white families.

While the open racism of Levittown’s founding eventually came under criticism, the question remains: 60 years and two generations later, how much has housing segregation really changed in New York City and its suburbs? These days Levittown is 94.1 percent white and 0.5 percent African-American. The SUNY report concluded that many of New York City’s suburbs are today just as segregated, and “in many places home ownership for blacks and Latinos is still not an option.”

A brief history of housing segregation

The struggle against housing segregation has long been part of the wider Black freedom struggle. For generations, it was routine for the Ku Klux Klan—in close collaboration with local law enforcement—to burn crosses in front of the homes of African American families who had dared to move into the “wrong” side of town.

Even when the open symbols of white supremacy were not deployed, real estate developers, local legislatures and racist homeowners’ associations created policies and informal arrangements that rigidly preserved suburban segregation in the South and in the North. Behind these arrangements stood on one hand the threat of violence against African Americans or whites who dared defiance, and on the other hand the backing of the federal government.

A look back at post-WWII New York City reveals the collusion of the dominant institutions of U.S society that made a concerted effort to keep African Americans both separate and unequal.

The 1940s became known as the Second Great Migration, as more than 6 million African Americans who had been sharecroppers and low-paid agricultural laborers moved north. Prior to World War II, African American laborers were denied employment in the defense industry. New developments in agricultural machinery simultaneously started to eliminate the need for Black field labor. Where in earlier periods, Southern planters had passed laws to keep their workers from going north, now they aggressively pushed them away.

The new war drive demanded more workers in the factories and soldiers in the trenches. The capitalist class turned towards the oppressed African American communities, employing around 1.5 million African Americans in the defense industry, mostly in the Northern cities. Thousands more fought overseas in segregated units. The Black population in New York City increased from 458,000 in 1949 to 1,012,883 in 1950. New York City would soon have the largest urban Black population in the world.

At the conclusion of WWII, public funds made available to the Federal Housing Authority made the “American dream” of homeownership accessible for the first time to many white working-class families. The FHA entered into multi-million dollar contracts with developers and for the first time, bank loans were available in large quantities that allowed families to pay their mortgages off over 30-year periods.

Government funding for home ownership constituted perhaps the biggest federal welfare program in the U.S. history. But it was directed almost exclusively to whites. In a 1949 decision, the New York State Court of Appeals held up the right of private property to discriminate along racial lines. Thus, public funds and government policies built the very developments from which Blacks and Latinos were then excluded.

Robert Moses, New York City’s Parks Commissioner, led the racist offensive to keep Black families confined to the ghetto. To thwart integration attempts, Moses introduced the Urban Redevelopment Companies Act which made it legal for real estate companies to exclude Blacks from modern housing developments like Park Chester in the Bronx and Stuyvesant Town on 14th St. on the East side of Manhattan. Stuyvesant Town, the largest housing project in the country, offered low-income spacious apartments to white veterans and their families.

Stuyvesant was owned by MetLife, still the largest life insurance company in the country. MetLife fought tooth and nail to preserve the segregated character of Stuyvesant Town. Eviction proceedings were initiated against white families who challenged the segregation policy, and neighborhood children who were not white were chased away from the gated community by hired security. MetLife president Frederick Ecker stated “Negroes and whites do not mix.”

When three African American World War II veterans sued MetLife for their discriminatory practices, the court ruled: “It is well settled that the landlord of a private apartment or dwelling house may, without violating any provision of the Federal or State Constitutions, select tenants of its own choice because of race, color, creed or religion … Clearly, housing accommodation is not a recognized civil right.” For its part, the New York Times refused to endorse the integration of Stuyvesant Town.

Using a mixture of anti-Communist and racist arguments, MetLife attempted to evict the committee’s leading tenants and others who had entertained African Americans as house guests. As the eviction day approached, the tenants barricaded their doors, while local unions picketed MetLife; according to historian Martha Biondi, 3,000 members of District 65 picketed Stuyvesant Town at one point. (To Stand and Fight, 134) MetLife caved in, stopped the eviction proceedings and discarded its official segregation policy.

Where official segregation was overcome at the real estate and legislative level, enormous obstacles still remained. MetLife still maintained complete control of who entered which housing developments, using the excuse of obscure “waiting lists” to prevent integration. By 1960, only 0.2 percent of tenants were Black in Stuyvesant, and only 0.4 percent in Peter Cooper Village.

Throughout the region and the country, banks refused to lend money to aspiring non-white homeowners, effectively preventing them from making monthly payments. Through the practice of “red-lining,” banks kept maps of the racial demographics of neighborhoods and drew African American and Latino neighborhoods as bad investments.

In 1949, the National Association of Real Estate Boards made a list of threats to middle-class communities. At the top of the list were “madams, bootleggers, gangsters and Negroes.” The leasers in Levittown had a clause stating, “The tenant agrees not to permit the premises to be used or occupied by any person other than the members of the Caucasian race.”

The media presented the suburbs as a place for white families to enjoy privacy and tranquility and the inner city as an overcrowded, menacing place inhabited by Blacks. This was a tactic used to instill fear in white families, in order to justify the unnatural division of people. Such officially sanctioned racist hysteria led many whites to utilize violence to keep their neighborhoods segregated. The KKK intimidated and set fire to the homes of Black families who aspired to move into the Long Island neighborhoods of Copiague and Amityville.

The real estate companies, backed by the official “wisdom” of the government and corporate media, thus concocted the idea that the presence of non-white homeowners lowered property values—and then made the idea a self-fulfilling prophecy. The resulting process of “white flight” whereby white New Yorkers fled to the newly constructed suburbs was highly lucrative for real estate interests.

Meanwhile, in the city, the policy of “Urban Renewal” forced thousands of residents to move to the most neglected sections of the city. Funds that were supposed to go to urban redevelopment went towards the building of inferior public housing projects.

By 1955, 300,000 people lived in 74 New York City public housing projects, one-third of whom were Black. The City did not adequately fund and maintain public housing, eventually leading to the blighted, deteriorated projects that we know today.

The present reality of housing segregation disproves the claims of a “post-racial” United States. The ruling class would have us believe that residential segregation is somehow a natural—and therefore acceptable—division of people that reflects each community’s free will to “stick together.” They ignore both the proud history of those who have fought back and the deliberate government and banking policies that reinforce gentrification and housing inequality.

There is nothing mystical about the persistence of housing segregation in New York. It has lasted because of the absence of a powerful social movement to take head on the banks, real estate developers and their politicians. As the Stuyvesant Town struggle demonstrated, segregation is like any other reactionary phenomenon: it will not fall unless we hit it.

“Get up, Stand Up!” Peter Tosh: A revolutionary life 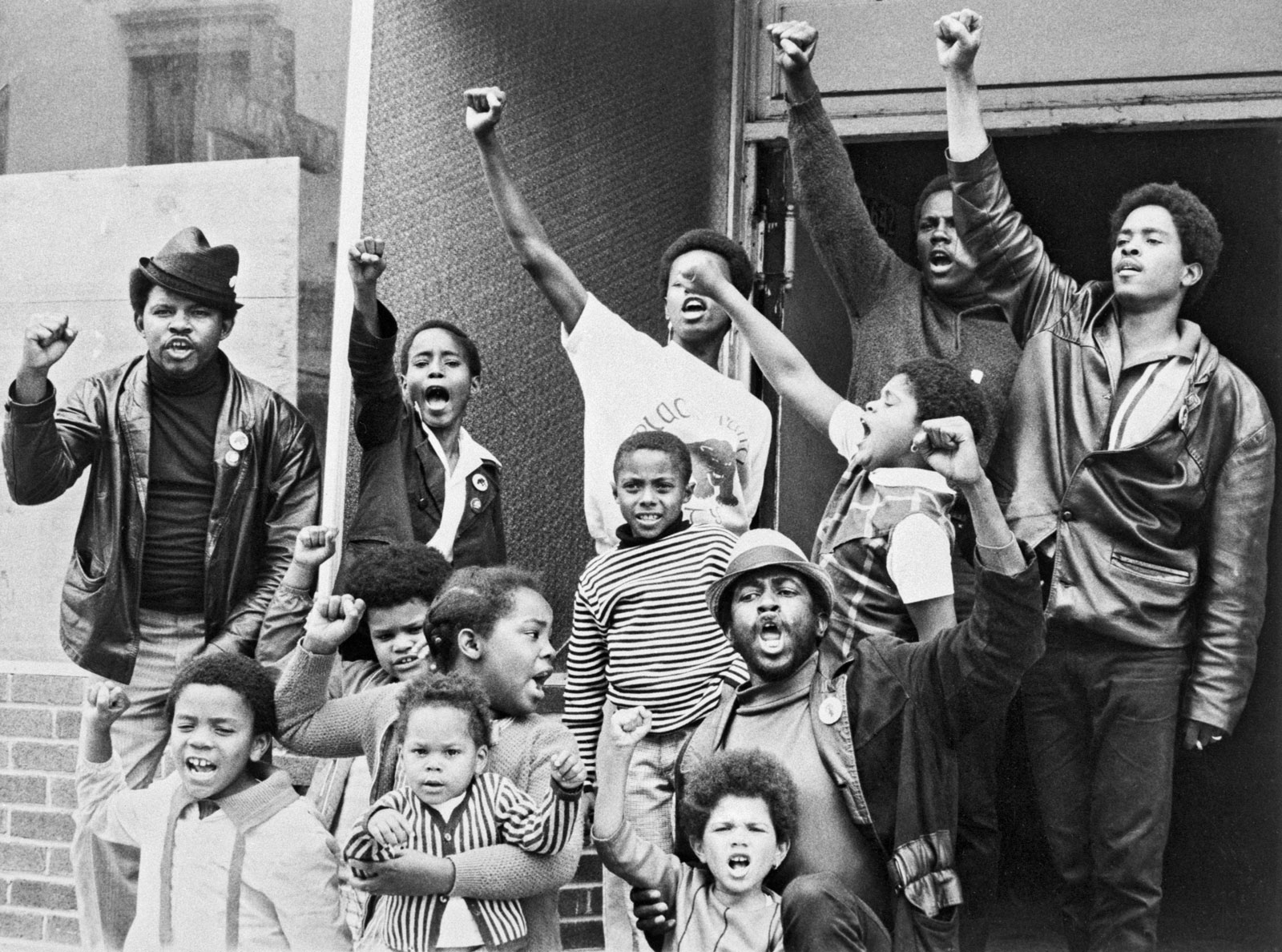 The racist history of police militarization and mass incarceration