The attention of the international lesbian, gay, bisexual, transgender and queer community and its supporters has been fixed on Russia in recent weeks. In recent years, the issue of LGBTQ rights has become more prominent in Russia. LGBTQ people have asserted their basic rights and a thriving LGBTQ community has developed.

Now, a new wave of neo-fascist violence and bigoted laws have swept the country.

This escalation in repression and violence has received significant international news coverage as well as a tidal wave of support from the international LGBTQ movement as the 2014 Winter Olympics approach in Sochi and the upcoming World Cup in 2018.

In recent years, the Russian LGBTQ community has been courageously fighting for respect and basic democratic rights, in spite of state repression, a reactionary anti-gay campaign from the Russian Orthodox Church, and violence from neo-fascist groups. On June 11, Russia’s lower Parliament, the Duma, unanimously passed a bill backed by President Putin that criminalized organizing for LGBTQ equality, rapidly escalating an already dangerous situation.

The so-called “anti gay propaganda” bill threatens fines and imprisonment for anyone who spreads “propaganda of non-traditional sexual relations” to minors, a definition so broad that it is no exaggeration to say that it could be used to  bans any public display by, and the very existence of, LGBTQ people. Under the law, foreigners will not only be fined, but also face administrative arrest and eventual deportation. For organizations found guilty of the crime of advocating for LGBTQ equality, the punishment could be a 90 day suspension of their activity and a fine of up to a million rubles.

But even before the passage of this reactionary law, when it came to the activities of the LGBTQ movement, the rights to freedom of speech and assembly have been completely ignored. Every year since 2006, activists have organized annual Pride demonstrations in Moscow, and every year the Moscow government has denied permits for the event, responding to the gatherings with mass arrests and open tolerance of neo-fascist mob violence against the LGBTQ participants. On June 11, as members of the Duma passed their reactionary bill, LGBTQ activists demonstrated outside and were attacked by neo-Nazi groups before being arrested by the police.

Just as disturbing is the rise in murders and abductions of young gay men by neo-fascist thugs. Dozens of videos have sprung up on the internet where young gay men can be seen being tortured and abused by their captors. In May, as Russians throughout the country celebrated the anniversary of the defeat of Nazi Germany, a 23 year-old gay man in the city of Volgograd was beaten and raped before being killed by two anti-gay bigots who had been drinking with the young man before finding out he was gay. Just weeks later a 39 year-old gay man was stabbed to death before having his body set on fire.

In this context, the bill pushed by Putin’s government will most certainly lead to an increase of state repression and the proliferation of anti-LGBTQ violence.

There are signs too that the bill will lead to individual and collective actions inside of Russia by those who are appalled by the reactionary attack. A prominent Russian media commentator came out publicly last week.  He was immediately fired but his courageous opposition is surely the tip of the iceberg.

Putin himself has denied that the bill is an attack on LGBTQ people, saying “We are talking about protecting children from the respective information. We ask that (other countries) do not interfere in our regulation.”

Equating same-sex relationships with a danger to children is inflammatory and outrageous. The cynical use of children’s safety, as well as any attempt to use the language of resistance to western imperialism in order to justify this extremely reactionary, neo-fascist law by the Putin government must be rejected outright.

The overthrow of the USSR and the return to capitalist property relations in Russia have resulted in a steady decline in living standards for big sectors off Russia’s working classes. As suffering and poverty have increased for workers in Russia, a tiny class of billionaires has emerged in the former USSR.

It was also during this same time period that the LGBTQ movement started to take shape in Russia. Laws criminalizing homosexuality were taken off the books in the 1990’s.

The Putin government and his United Russia Party have used divide-and-conquer tactics including anti-gay bigotry to misdirect the growing movement of young people and disaffected workers protesting the decline in social and economic conditions.

Regrettably, the Communist Party of the Russian Federation, rather than acting as a voice of dissent to this obvious attempt to divide the working class, has endorsed the attacks on the LGBTQ community, with all of its members in the Duma voting in favor of the June 11 bill. Here too, the international communist movement must be clear. We condemn the misguided and opportunistic position of the Russian CP on this issue, and urge the party to immediately break with the ruling class’s bigoted campaign.

The Bolsheviks eradicated the most reactionary anti-gay laws as one of their first acts following the 1917 revolution, and guaranteed important social rights for women and other oppressed groups. However, in 1933, the Soviet leadership passed article 121, which expressly forbid male homosexuality with a punishment of up to five years hard labor.

Following the Soviet government’s decision to criminalize homosexuality in the 1930’s many of the parties in the world communist movement also adopted reactionary anti-gay positions.

However, as a result of the advancements made by the worldwide LGBTQ movement, the political orientation of various communist parties shifted.

The German Democratic Republic or East Germany fully legalized homosexual relations in 1968. The socialist-led government took many steps in education and public health to overcome bigoted and intolerant attitudes.

The Cuban government struck down all anti-sodomy laws in 1979. In recent years the Cuban Communist Party and government have led aggressive campaigns against homophobia. Cuba, under the leadership of Mariela Castro’s CENESEX and the Cuban Communist Party, now has some of the most progressive laws in the hemisphere, with the LGBTQ community enjoying many rights that are unheard of even in so-called LGBTQ friendly western nations. Cuba has shown what is possible when a socialist country takes on the task of eradicating homophobia.

With the approach of the 2014 Winter Olympics in Sochi, much debate has taken place in the LGBTQ movement, and among progressives, about the correct response to the unfolding situation in Russia. With the Russian Foreign Minister claiming that international athletes and observers will also be prosecuted under the new law, and the International Olympics Committee urging LGBTQ athletes and supporters to keep their opinions on the matter to themselves, many have called for a boycott or for the moving of the games to a supposedly LGBTQ friendly country.

The Russian LGBT Network, an organization fighting for LGBTQ equality inside Russia, has insisted that the games should still be held in Sochi, stating “We believe that calls for the spectators to boycott Sochi, for the Olympians to retreat from competition, and for governments, companies, and national Olympic committees to withdraw from the event risk to transform the powerful potential of the Games in a less powerful gesture that would prevent the rest of the world from joining LGBT people, their families and allies in Russia in solidarity and taking a firm stance against the disgraceful human rights record in this country.

“In retrospect, the record of Olympic boycotts is not promising in regards to the potential to bring change; look at the 1980 boycott of the Moscow Olympics, the 1984 “retaliation’ boycott of the Los Angeles Games, or the 1968 Olympics in Mexico City. What is remembered from 1968 is neither the number nor the names of those who boycotted, but the “human rights salute” by Tommie Smith and John Carlos who raised black-gloved fists and bowed their heads on the victory stand as a sign of resistance to racial injustice and solidarity with everyone who fought for equality and human rights.”

As activists outside of Russia, what is most important now is that we stand in solidarity with our Russian sisters and brothers in condemning the Putin government’s homophobic campaign. We salute the courageous LGBTQ activists inside Russia, and call on the Russian people to resist the attempts by the government to divide the working class, and instead build a broad based movement of all oppressed people, including the LGBTQ community, to fight back against the capitalist ruling class. 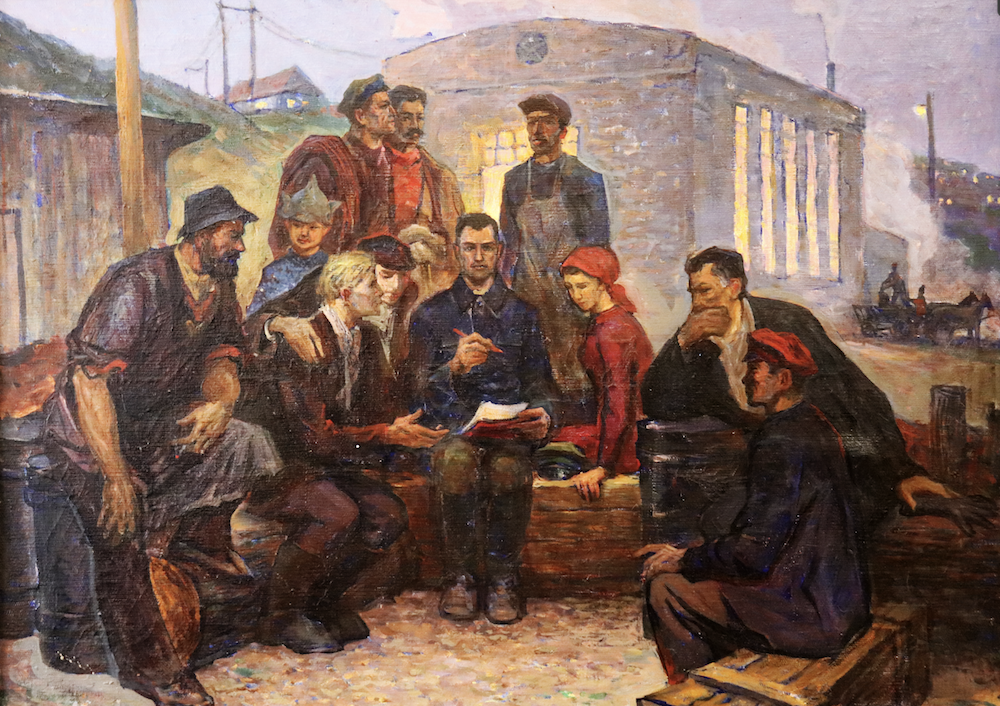 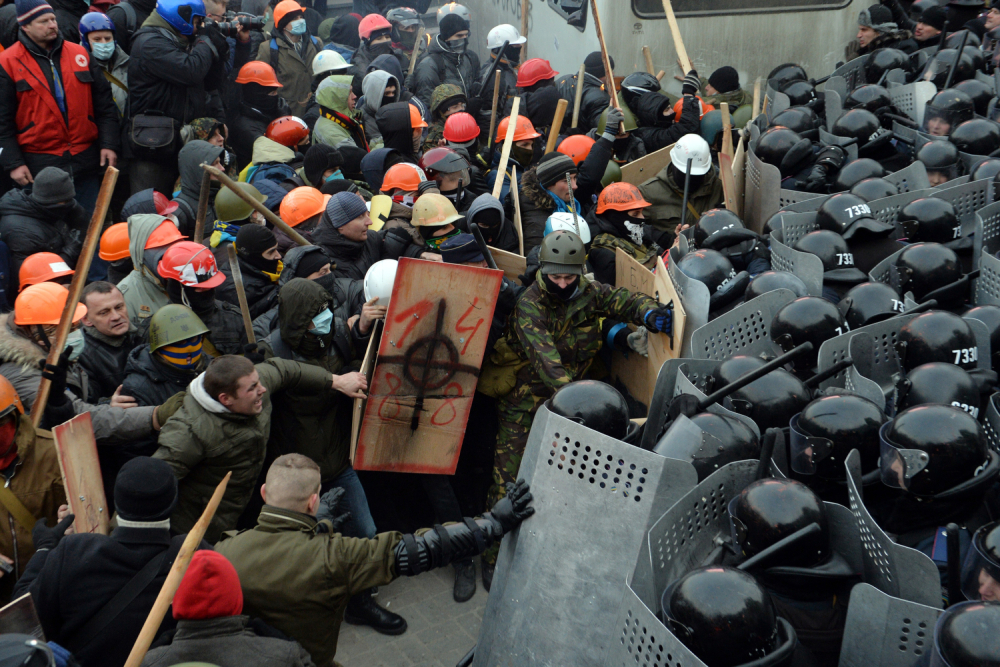 The roots of fascism in Ukraine: From Nazi collaboration to Maidan 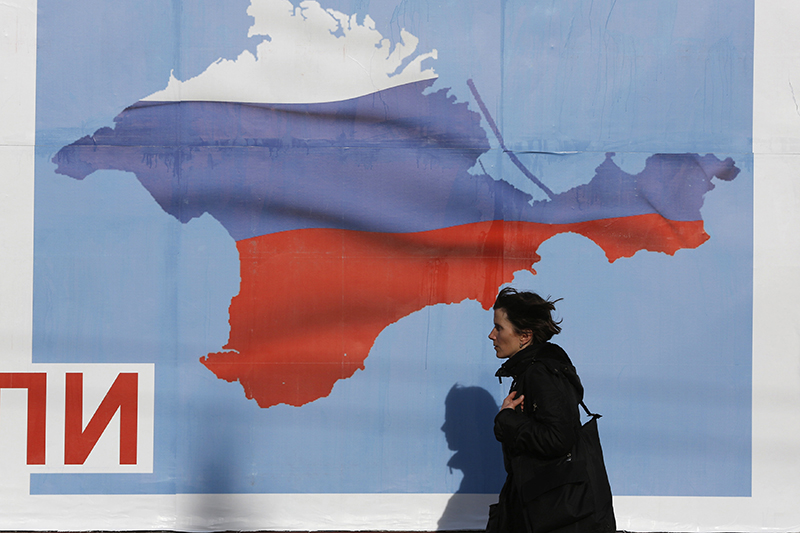 Crimea Referendum: the hidden truth behind the U.S.-Russia rivalry