This article first appeared in the January 2007 issue of Socialism and Liberation magazine.

January 15 marks the anniversary of the 1919 assassination of communist leader Rosa Luxemburg. She, along with her comrade Karl Liebknecht, were leaders of the revolutionary Spartacus League in Germany. Both were murdered amid a revolutionary upsurge of German workers, which they had helped lead.

Throughout history, the ruling classes have attempted to eradicate the history of revolutionary figures or events. Women from the working-class movement in particular are written out of history. Their revolutionary ideals not only confront the capitalist class rule, but also the sexist and patriarchal framework that has characterized every form of class oppression.

But the memory of Rosa Luxemburg refuses to be buried. Every Jan. 15, tens of thousands of communists and socialists march to the Luxemburg and Liebknecht memorial with red carnations. The right-wing thugs who kidnapped and murdered Luxemburg and dumped her body in a Berlin canal wanted to stamp out any hope for the uprising of the working class in Germany. They failed.

Luxemburg was a noted leader of the German Social Democratic Party and the international socialist movement. She was at the center of many of the most pressing debates within the movement and was known for her eloquent oratorical skills.

To understand Luxemburg’s role and the impact she made on Germany and throughout the world, one must look at the series of events that shaped the life of “Red Rosa,” as she was known.

Luxemburg was born in Poland on March 5, 1871, to a middle-class Jewish family of German origin. At the time, Poland was divided between German and Russian domination. It was the example throughout Europe of a poor and subjugated people exploited by the “great powers.” Marx had described it in 1866: “The workers of Europe unanimously proclaim the restoration [independence] of Poland as a part and parcel of their political program.”

Less than a decade before she was born, tens of thousands of Poles staged an armed uprising against the Russian czar beginning in January 1863. That uprising took over a year to put down, with thousands killed and thousands more deported by the czarist government.

Luxemburg attended the university in Warsaw, where she participated in the Polish revolutionary movement.

In 1889, she was forced to flee Poland to avoid imprisonment as a result of her political agitation. She moved to Zurich, Switzerland, where she continued both her education and her political work. While there, Luxemburg met several other political exiles, including members of the Russian Social Democratic Party Gregory Plekhanov and Pavel Axelrod.

In 1898, Luxemburg received her doctorate. Soon afterward, she moved to Germany, throwing herself into the work of the German Social Democratic Party.

The German Social Democratic Party (SPD) at that time was considered the most advanced socialist movement in the world. After being legalized in 1890, the SPD grew rapidly. Hundreds of thousands of workers joined the party, and it had a number of members in parliament. It published dozens of newspapers with a wide readership among the German working class.

But as the party experienced rapid growth and influence, a powerful non-revolutionary leadership began to emerge. Eduard Bernstein was the most prominent spokesperson of this trend, which argued that socialism could be achieved through incremental reforms of the capitalist system, and that the working class could achieve these reforms mainly through electoral means. Socialist revolution, Bernstein argued, was not necessary.

Rosa Luxemburg’s first struggles within the SPD were against this reformist current. In 1900, Luxemburg wrote “Reform or Revolution,” arguing that it is only after the overthrow of the capitalist state and when the workers have power in their hands that socialism can begin to be achieved.

Luxemburg remained in the minority, but became an important factor in the party’s revolutionary left wing. Bernstein himself admitted that “Reform or Revolution” was the strongest and most well-developed argument against his position.

As a critic of reformism, Luxemburg was aligned with Russian revolutionary leader V.I. Lenin, whose Bolshevik party was steeled in the same struggle against reformist elements within the working-class movement.

This alignment was not complete, however. Luxemburg repeatedly clashed with Lenin on another vital issue in the socialist movement at the time: the orientation of the working class toward the struggle of the oppressed nations. The Bolsheviks argued for the right of nations to self-determination and for socialists’ duty to uphold this right regardless of the character of the leadership of the national movements.

Luxemburg argued that the nationalism of the oppressed hindered the possibility of unifying the workers’ struggle. She counterposed the communist perspective of working-class internationalism to the right of nations to self-determination. She viewed the multi-class national movements in Poland, for example, as an obstacle to class consciousness, and opposed the Polish struggle for political independence as a state. The way Luxemburg saw it, all bourgeoisies were the same, whether it was the Russian czarist regime, or the Polish bourgeois forces that were allied with the Polish workers and peasants for independence from the Russian empire.

Instead, Luxemburg proposed that all the workers and oppressed peoples of the Russian empire should unite and fight for socialism.

These views were undoubtedly influenced by the looming national tensions prior to the outbreak of World War I. She viewed the nationalist struggles in the countries oppressed by czarist reaction as feeding into the hyper-nationalism and ethnic conflicts that divided workers.

This disagreement was a sharp one. Lenin’s view was that it was impossible to build class solidarity without being the most consistent champions of self-determination. He argued that conceding this point amounted to siding with the imperialist oppressor powers—and would discredit the socialist parties in the eyes of millions of oppressed people.

Lenin answered Luxemburg in a book in 1914, called “The Right of Nations to Self-Determination.” He argued that it was necessary to analyze each national struggle based on the concrete conditions in any given situation. With regard to Poland, he said that the national movement was still in the early stage of trying to achieve political independence as a state, involving all classes—bourgeois, worker and peasant. Lenin made a strong distinction between the bourgeoisie of an oppressed nation and that of an oppressor, especially an imperialist country like Russia.

Ultimately, based on the Bolshevik arguments and experience after the 1917 Russian Revolution, the revolutionary working-class movement embraced Lenin’s position and rejected Luxemburg’s attacks against the national movements. Despite the fact that Lenin’s nationality was of the oppressor Great Russian nationality, his uncompromising stance as the champion of the right of nations to self-determination, and the Bolsheviks’ success in uniting the many oppressed nationalities for socialist revolution in Russia, proved the correctness of Lenin’s theory and attitude on the national question.

Despite these sharp disagreements, Luxemburg found herself again and again advancing revolutionary struggle alongside her Bolshevik counterparts in Russia.

In August 1914, World War I broke out. The issue became a litmus test for socialist parties across Europe. The

German SPD, like most of the parties of the Second International, turned its back on all the militant anti-war proclamations it had issued and ended up supporting the German government in the war. The reformism that Luxemburg had criticized so vociferously had rotted the core of the party.

In the face of this historic betrayal, Luxemburg joined with Karl Liebknecht and other members of the SPD’s left wing—Leo Jogiches, Paul Levi, Ernest Meyer, Franz Mehring and Clara Zetkin, among others—to form the Spartacus League. Like the Bolsheviks, the Spartacus League held that the enemy was not abroad but was the bourgeois class in their own country. They called for the workers to not participate in the imperialist war but to create a civil war against their own ruling class.

On May 1, 1916, the Spartacus League organized a mass demonstration against the war. Rosa Luxemburg, Karl Liebknecht and other leaders were arrested and held in prison for two years.

When they were released in 1918, the climate had changed dramatically. Soldiers were mutinying against the war, finally bringing it to an end. Workers’ and soldiers’ councils were being set up across Germany, inspired by the recent victory of the Bolshevik-led revolution.

In this revolutionary upsurge, Luxemburg and Liebknecht founded the German Communist Party in solidarity with the Soviet revolution. They immediately made plans to push the revolutionary struggle ahead.

The leadership of the new Communist Party was as yet untested. On Jan. 1, 1919, the party launched an uprising in Berlin to attempt to oust the new SPD-led capitalist government. Their former comrades unleashed the full fury of the armed forces against the insurgency.

On Jan. 15, two weeks after the insurrection was launched and just three months after being freed from prison, Luxemburg and Liebknecht were attacked in the streets by members of the right-wing Freikorps militias.

While “Red Rosa’s” name may not be as well-known today as the names of Lenin or other male leaders, her example of revolutionary struggle is still relevant today.

The struggles against reformism and against imperialist war are very much alive today. Her words would be welcome today as some forces try to corral the anti-war movement into the safe confines of electoral politics and out of revolutionary politics.

Her contributions were far more numerous. She dealt extensively with the relationship between the spontaneous mass struggle and revolutionary leadership in writings like “The Mass Strike.” She analyzed the effects of war spending on the capitalist economy in her groundbreaking book, “The Accumulation of Capital.”

There are those who try to use the differences that Rosa Luxemburg had with Lenin and the Bolsheviks as a point of division, separating themselves from the communist movement. Those attempts would have been wholeheartedly rejected by Luxemburg herself.

Some might grasp onto her tactical disagreements with Lenin after the Russian revolution over this or that Soviet policy. She herself had little time to familiarize herself with the real situation facing the Bolshevik government before she was murdered.

She was always on the side of revolution. That was her hallmark and what separates her from any effort to put her in opposition to the most militant revolutionaries.

In fact, the greatest tribute she gave to the young Soviet Republic was that she gave her life in the struggle to replicate its successes in Germany. 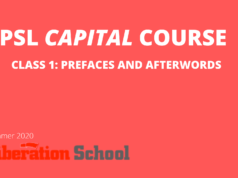 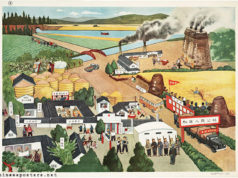