On Jan. 31, Coretta Scott King passed away at age 78. She was a leader within the Civil Rights movement, a woman who fought for economic and social justice for the Black community, the LGBT community and poor and working people.

Coretta Scott was born in Heiberger, Alabama, on April 27, 1927. As the daughter of farmers, she was exposed at an early age to the inequalities and injustices facing the Black community. In elementary school, she was forced to walk five miles to school and only had transportation to high school after her mother hired a bus to drive all Black students in their community to school. After completing her bachelor’s degree in Ohio, she moved to Boston to continue her education in music.

It was in this city that she met and married one of the great future leaders of the Civil Rights movement, Martin Luther King, Jr. Although Coretta was constantly involved in the Southern Christian Leadership Conference, from the beginning of their marriage until his assassination in 1968, much of her political involvement was overshadowed by the accomplishments of her husband.

After his assassination, Coretta Scott King dedicated the next 27 years of her life to the creation of the Martin Luther King, Jr. Center for Nonviolent Social Change. It was the first center built to memorialize a principal Black organizer and leader in the United States.

Like her husband, Coretta was an organizer. She is responsible for forming the Full Employment Action Council in 1974. The council dedicated its work primarily to ending unemployment and job inequalities in the United States. In 1983, she organized the Coalition of Conscience, which brought 800 organizations together for the task of organizing the 20th Anniversary March on Washington.

Less known were Coretta’s contributions to the struggle for LGBT rights. She condemned the proposed constitutional ban on same-sex marriage in 2004 and continually exposed the connection between homophobia and racism.

“Homophobia is like racism and anti-Semitism and other forms of bigotry in that it seeks to dehumanize a large group of people, to deny their humanity, their dignity and personhood,” she said. “This sets the stage for further repression and violence that spread all too easily to victimize the next minority group.”

Most people only know Coretta’s name because of the contributions of her husband to the Civil Rights movement. But she was a leader and an independent contributor to the struggle. For Coretta Scott King, that struggle continued well after the death of her husband. She lived out her husband’s maxim, “Injustice anywhere is a threat to justice everywhere,” to the fullest.

After her death, all sorts of political reactionaries tried to heap praise on her life. Many, especially in the Black community, were horrified to hear President Bush praise her ideals and dreams during the State of the Union address. Her ideals were staunchly opposed to the Bush administration’s record of racism, chauvinism and economic warfare against working people.

It was the same hypocrisy that surfaced after her husband’s death, when the same forces that demonized King during his life of struggle tried to turn him into a harmless icon in the years following his assassination.

That hypocrisy could not overshadow the wave of genuine respect poured out by the tens of thousands who attended her funeral and commemorations around the country. Coretta Scott King fought discrimination in all its manifestations. People around the world will remember her for the vital role she played in that fight. 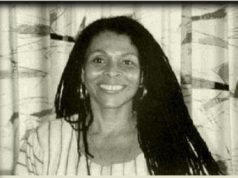 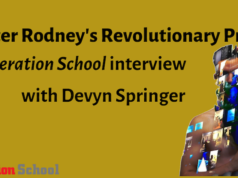