For decades, into the 1980s, school districts across the country employed the “Officer Friendly” program that brought local cops into kindergarten and first-grade classrooms. Their point was obvious: to “educate” children with the belief that the police are an indispensable part of society, who not only uphold the law but heroically protect them.

This idealized concept of police has to be pushed upon workers at every turn because so much of their real-life experiences show the truth, which is the opposite: that the police function as an organized instrument of state repression.

What is the state?

Socialists identify the police as one instrument of repression within the broader set of institutions that make up what is called the state. The central institutions that make up the state are the police, prisons, courts and the military. These play complementary roles in society but all represent forms of legalized force or violence, empowered to punish and repress. While every ruling class would prefer to rule through persuasion, it is this ability to carry out violence that gives the state its ultimate authority.

The state did not always exist in human society. It came into existence with the emergence of class divisions. The state was produced as an instrument for one class in society to enforce its rule over other classes. The state has the appearance of neutrality, standing “above society” beholden to laws instead of individuals or groups, but in reality has been constructed to serve one class.

Under capitalism, it is the capitalist class, a minority of private corporate owners, that rules. Police are the primary line of defense for that system. They enforce not “law and order” in general but the capitalists’ laws and the capitalists’ order, which are aimed at securing private profit and guaranteeing the suppression of workers.

The police defend the profit motive of the system every day. A clear example of this is the role police played in the housing crisis. They carried out the direct orders of the banks to evict entire families for the purpose of reselling the home for profit. The number of empty, unsellable homes far exceeds the number of homeless. If the cops served the working class, they would be arresting the bankers, and helping seize homes to end homelessness. Yet these evictions continue on a daily basis, concentrating the ownership of housing into the hands of fewer banks, corporations and landlords.

Historically the police are always used to break strikes and assault picket lines where workers are struggling for rights and better conditions. The cops repressed workers who fought for the eight-hour workday because it was in the interest of the capitalist class to hold onto the highest rate of exploitation possible.

The political function of police

But not only have police functioned to defend the capitalists’ profits they have also functioned, most importantly, to defend the system itself from being politically challenged and overturned.

Revolutionary organizations throughout history, most notably the Communist Party and Black Panther Party, were attacked by police through various forms of infiltration, sabotage and assassination. One of the most high profile examples of this work was the FBI’s infamous COINTELPRO operation to “neutralize” the movement of the 1960s and 1970s.

A more recent example can be seen in the more than 7,000 people who were arrested during the Occupy movement of 2011 over the course of a few months. These arrests, along with countless incidents of police brutality, were intended to stamp out a movement that took aim at the face of class oppression in our society, Wall Street.

Recent findings of the Partnership for Civil Justice Fund show that federal agencies, including the Department of Homeland Security, coordinated with local police and political agents to spy on and destroy the Occupy protests.

There is a reason we do not see police officers bum-rushing Congress and dispersing it with tear gas, when they attempt to pass legislation providing funds for war or bank bailouts — even if those policies are against popular sentiment. Police repression is an entirely political phenomenon.

The very nature of capitalism is to search for new ways to make profits—a problem made more pressing by the severe economic crisis. In the hunt for new profits, two of the capitalists’ main strategies are to replace workers with new technologies, and to destroy and redevelop sectors of society that are not producing much profit. This leads to profound social problems and clashes. The police are called in to manage these problems.

For instance, the high-tech revolution has eliminated and outsourced millions of previously stable industrial jobs, and changed the nature of the workforce as a whole. Chronic unemployment has risen and wages have declined for millions of employed workers in the service sector. Entire cities have been devastated. Black communities and other oppressed people who were always “last hired and first fired,” occupying the lowest rungs on the economic ladder, have been hit the hardest.

Stigmatizing and criminalizing these communities has been the response of the U.S. ruling class. Zerotolerance laws, gang injunctions, stop and frisk, automatic minimum sentences, police checkpoints and other assorted means were all created to control the communities most likely to rise up amid this vast social transformation.

Another example is gentrification, a profit-driven process of “urban redevelopment.” In cities throughout the country, landlords are raising rents and throwing out the working people of historic communities in favor of attracting more affluent, petty bourgeois sectors of society. This process is facilitated by the police occupation of working-class neighborhoods, especially Black and Latino communities, where it is made clear through harassment and intimidation that these sectors of society are “unwanted.”

All this shows the error of those liberals who espouse the view that the police can, with a few reforms, somehow cease to be a repressive force against poor and working-class people.

Other activists, particularly in the first weeks of the Occupy movement, suggested the police could switch sides and become a force for positive social change.

Both promote the same view that police are “just like me and you,” workers that are “just doing their jobs.” But their job is precisely the point. While cops work for a wage or salary like other workers, their job is to be on the front lines of class repression. They are invested in this as a career, and this shapes their consciousness and political loyalties.

While in rare moments, a few officers have secretly provided intelligence to social movements, in general the moment a police officer refuses to carry out repression they will be jobless—and cease to be a cop.

Unlike cops, military personnel have repeatedly switched their loyalties in times of revolutionary crisis—as was shown in the Russian Revolution, and more recently in Venezuela.

Soldiers are generally placed into uniform as an agent of the state on a temporary basis. This is especially true of those who are drafted. Unlike cops, who are plugged into repressing “their own people” right away, soldiers are uprooted from regular society, and are not directly integrated into the day-to-day defense of class rule. Once exposed to the horrors of imperialist war, killing and dying for the direct profit of military contractors and banks, this creates the basis for rapid disillusionment, political organizing and major splits in the military.

Toward a new state power

Socialists would desire a peaceful transition to remove the capitalist ruling class from power and create a social system based on poor and working people’s power. But history offers no examples of one social class relinquishing its power, even if highly unpopular, without using state violence.

Those who want to end police brutality or make a revolution thus have to think seriously and strategically about the nature of the state. If the police are the resolute protectors of the existing system, how can we build up the organizations and institutions to resolutely protect ours? Raising this ideological orientation within the broader movement against police brutality and national oppression points the way towards the need for a new society, and a new state power, based on the collective interests of downtrodden, working class and oppressed.

This means shedding the argument of a “few bad apples” and talking about uprooting the entire tree so we can plant a new one. 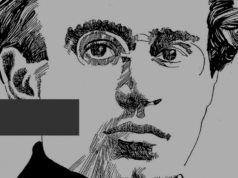