In the aftermath of Hurricane Katrina, thousands had to fend for themselves to find water, food and ice.

Your mayor ain’t your friend, he’s your enemy
Just to get your vote, a saint’s what he pretend to be
If you don’t hustle, don’t use your energy
You gonna be a cellmate or wind up as a memory
I’m already knowin’ that it’s a G-thang
Ever since they tried to drown a n—— on the East Bank

New Orleans-based rapper Juvenile’s new song “Get Ya Hustle On,” dedicated to the survivors of Hurricane Katrina, expresses the discontent and rage within the Black community regarding the local and federal government’s minimal response to the crisis in the Gulf Coast.

While attacking the criminal negligence of the government during the crisis, the song offers “hustling” as the solution to meeting the needs left unsatisfied by capitalist society.

Hustling refers to any attempt by working-class people to achieve success through means—extra-legal or not—other than getting a job. That might mean various aspects of the “underground economy” like the drug trade or peddling stolen goods. Or it may refer to attempts to “get over” or “pimp” the system.

It is a phenomenon as old as capitalism itself. Since workers’ needs are never fully met, people out of scarcity take advantage of all tools and resources available to them as a way to carve out an existence under capitalism.

In general, capitalist propaganda demonizes hustling, especially when it refers to the most oppressed sectors of the working class, like the Black and Latino communities. Racist propaganda pumped out by Hollywood and the big business media portrays Black and Latino youth as drug dealers, gang members and hoodlums.

Never mind that the tactics and methods used in the drug trade are the same as those glamorized by the same media in movies like “The Godfather,” “Scarface,” “The Sopranos” and others where hustlers—like the Italian mafia—are portrayed as heroes and as people to emulate.

Of course, “mainstream” big business media that are trying to justify the prevailing economic system of wage slavery would never promote a genuine “way out.” If millions of workers lost confidence in the system of selling their labor power in order for the rich to get richer, that same system could stand the chance of being overthrown.

But among some media, particularly oriented to Black and Latino youth, hustling is glamorized and portrayed as the way to a luxurious life. And while these media present themselves as speaking for “the street,” there is big money behind this effort to glamorize hustling.

After all, for millions of people, hustling is not a career choice—it is a desperate attempt to survive. Most hustlers don’t live the lives of celebrity rap stars or mafia dons. The lives of kids selling nickel bags or mothers trying to work under the table to be eligible for food stamps are hardly glamorous.

Hustling is born first of all out of scarcity.

It is born out of a system that does not meet the needs of the working class. In a 2002 report by the United States Conference of Mayors, it was shown that “38 percent of the adults requesting food assistance were employed. In 60 percent of the cities [in a 25 city survey], emergency shelters may have to turn away homeless families due to lack of resources.” (“A Status Report on Hunger and Homelessness in America’s Cities,” December 2002)

In 2003, nearly half of all Black men—48.2 percent—in New York City were unemployed. (“A Crisis of Black Male Employment,” Community Service Society, February 2004)

Hustling as a social reality, including the many extra-legal forms of making money in the capitalist system, stems from the inability to provide for oneself and/or family through the legal means of the system. The criminal nature of the “legal” capitalist system, which leaves people to starve, drives the working class towards finding other means for survival. The underground capitalist economy is birthed out of need, out of a struggle to survive.

Operating within the system

So why would various media try to glamorize any form of hustling?

Hustling, in all its forms, still corresponds to the rules of the capitalist system. Commodities—whether pirated CDs, clothes or drugs—are still sold to derive a profit that is privately appropriated. While the “underground economy” operates under police surveillance and often repression, it is an economy deeply rooted in competition, markets, and ultimately exploitation.

The capitalist system justifies this exploitation by glorifying individual competition as the only way that society can operate, and that people can survive. In essence, the message is: “We live in a dog-eat-dog world. It’s human nature for individuals to compete. Just do for self.”

Of course, this kind of individualism is being used to justify a society that fails to guarantee the true rights of the individual. It justifies scarcity for the millions and tremendous wealth for a few.

Under this system, is it any surprise that millions of people do not put their trust in the government, but look to themselves to do the best they can to survive?

The glamorizing of hustling is really an attempt to sell individual solutions for deep, systematic social problems. It is in line with the lotteries, where millions of working people put their hope and dollars into a pot of gold that most people will never see. It is like the “get rich quick” schemes advertised on every radio and television station, handing out the promise that “just by following this or that proven method,” you too can make thousands of dollars a day.

All these are designed to feed hope and false solutions to the millions of working people who desperately need real solutions that can transform their lives—and all of society. The “me over you” mentality props up a system that allows a few to succeed at the expense of the vast majority.

There is an alternative

Individualistic schemes and solutions gain prestige when the mass movement of the working class and oppressed people is weak. But consciousness changes when people are actively challenging the day-to-day exploitation they face.

Moralists preach against hustling because it’s immoral, unethical, criminal, bad for society and so on. Those charges are hollow without presenting real solutions—means of survival.

When the movement is strong and the people are in motion, consciousness can change; the power of the working class is felt. Its power shows that as individuals, workers are weak, but united as a class it is a strong force.

Some workers experience this power in union struggles or strikes. Sometimes, mass movements like the civil rights movement or the massive anti-Vietnam War movement of the 1960s have inspired millions.

Ultimately, the power of the working class can be seen in revolutionary movements that have transformed societies. The socialist revolutions that have taken place around the world, and still stand strong in Cuba and other countries, show that the solution to ending grief, misery and oppression aren’t individual problems that can be addressed within confines of the capitalist system. What is needed is a new society based on meeting the needs of all people instead of individual profit derived from the misery imposed on others. 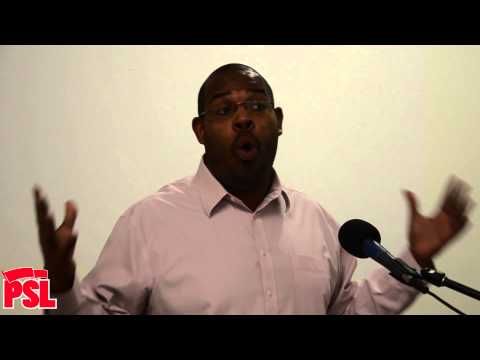 The movement against racist police terror and the need for revolution 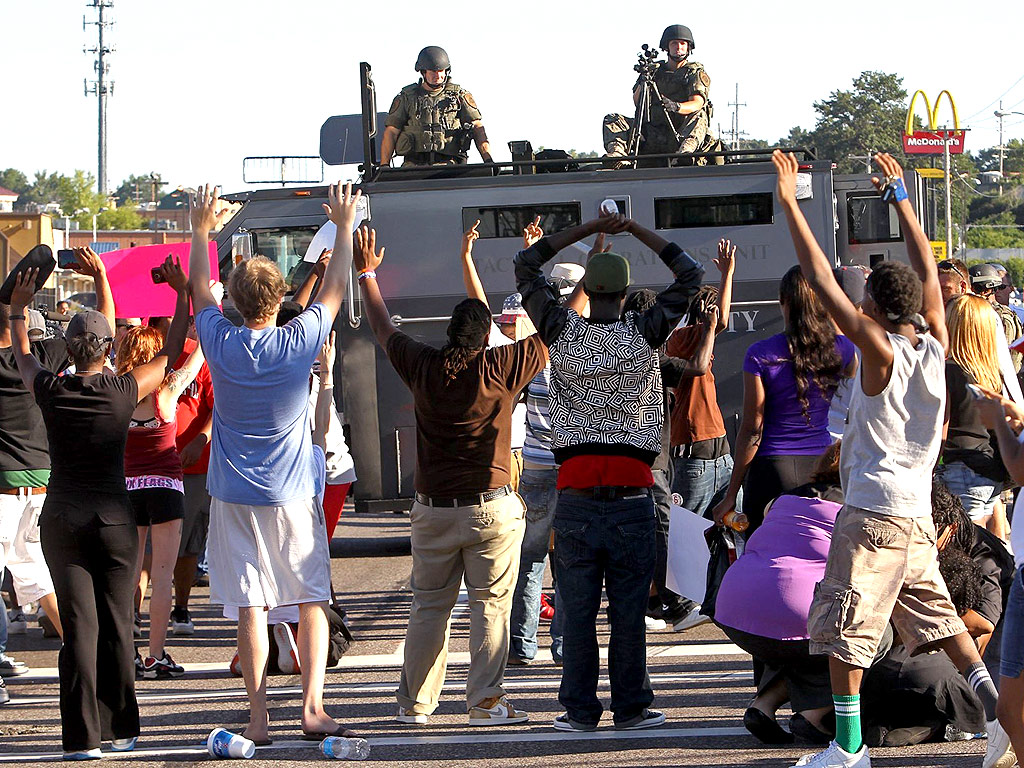