Whether it is brutal murders by the police, the injustices perpetrated everyday in the legal and prison system, or the military interventions around the globe—the state remains a topic of utmost importance for today’s revolutionaries. In the everyday struggles of working class and oppressed people the state often presents itself as the main enemy. 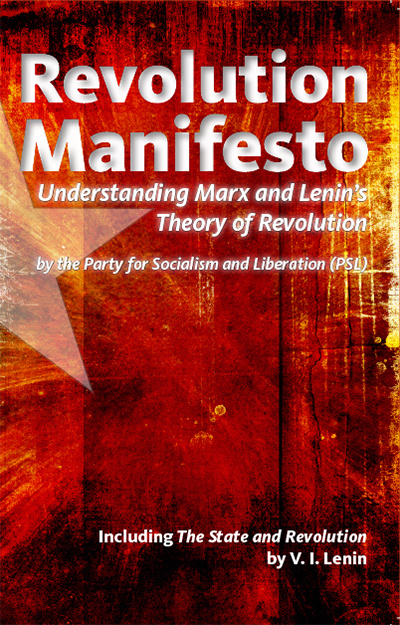 Can anything be done to change this reality? Is this just the way it is and always will be? Revolution Manifesto revisits the theories of the state first developed by Marx, Engels and especially Lenin in his groundbreaking work “The State and Revolution.” Nearly a century later, Lenin’s analysis on the class nature of the state, and the need to overthrow it, has been proven true time and again.

Examining the historical experience of revolutions in France, Russia and Cuba, as well as precolonial Indigenous societies, the book asks: do we even need a state? What are the possibilities for revolutionary states to “wither away” completely?

“Anyone who aspires … to understand the theory of modern communism must study Lenin’s pamphlet The State and Revolution. … The book’s primary objective was to rescue Marxism from its devolution into a doctrine of reform, to restore Marxism as a doctrine of revolution.”

This publication reflects the views of the Party for Socialism and Liberation.

Includes The State and Revolution by V. I. Lenin

A Study Guide for this publication will soon be posted at LiberationSchool.org. Study groups are being organized across the country — find one near you at LiberationNews.org 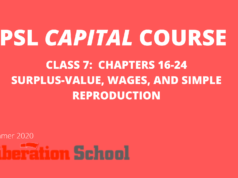