Since July 5, the Western corporate media has showcased the “Urumqui riots” and fashioned wealthy businesswoman Rebiyah Kadheer as the champion of the Uyghur. The violence pitting Hans against Uyghurs has been presented with little historical context that might explain the underlying tensions and their origins.

The People’s Republic of China is a multinational state. A major preoccupation for the central government in China, led by the Communist Party of China, is its relations with the more than 55 nationalities that constitute China’s 1.2 billion people. The Han people are the largest nationality, making up about 90 percent of the country’s population.

In the westernmost part of China is the Xinjiang Autonomous Region, a rural area covering 600,000 square miles—the largest region in the country in terms of area. Xinjiang has a population of about 21 million people, and historically, it had been populated mainly by the Turkish-speaking people known as the Uyghurs. Culturally, the Uyghurs have many links to the Turkish-speaking people in Turkey and in some of the central Asian republics of the former Soviet Union. The people of this region had been traditionally Muslim, and many are still observant today.

In recent decades, the Chinese government has sought to modernize the economy in Xinjiang and throughout western China. More Han people have been resettled in Xinjiang. Ever larger numbers of Uyghurs have also moved from their rural homes to urban areas in the eastern provinces of China. There, they have become part of a new generation of wage workers, many working for foreign corporations that have been allowed to set up shop in China.

The CCP inaugurated capitalist economic reforms in 1978 as a way to accelerate China’s much-needed economic development, which had been stunted by a legacy of foreign domination. According to the logic of China’s political leaders, by allowing foreign corporations to invest in China, the country would gain access to the latest technologies.

But capitalism and competition also lead to nationalistic rivalries that have long-standing roots in the chauvinism and bigotry from the earlier social system. The introduction of economic reforms, which permitted capitalist competition among some foreign transnational corporations as well as homegrown Chinese capitalists, was attended by the loss of many workers’ rights. Workers, too, had to compete with each other to gain employment in urban areas.

As happened when Gorbachev introduced capitalist-oriented reforms in the former Soviet Union, antagonistic relations between nationalities and ethnic groups became a dynamic factor. The breakup of the Soviet Union between 1989 and 1991 saw a large-scale deterioration of solidarity and good relations between and among minority nationalities, and between the various minority peoples and the Russian population, which was the largest and dominant national grouping.

Today, there are dangerous signs of increasing tensions between nationalities, ethnic groups and regions in China. This is a matter of paramount concern to the Chinese government and the ruling Communist Party.

The Han and the Uyghur

The relations between the Han Chineseand the Uyghur people are not perfectly harmonious. The inequalities of hundreds of years of feudal domination have not been erased during the 60 years since the Chinese Revolution, and the capitalist reforms have further set back this process. Tensions between the Han and other national groups are prone to flare-ups under these conditions.

Han and Uyghur people work together not only in Xinjiang but in other provinces. In the Guangdong toy factory where the recent conflict began, 800 Uyghur workers had arrived months earlier. Interviews with workers reported in the press indicate that each group had little understanding of the other but had worked side by side peacefully.

On June 26, 2009, a fight broke out in a factory in the Guangdong province of China. The fight was provoked by false rumors targeting Uyghur workers at the factory. The two falsely accused men, and others, were attacked by a group of Han workers who killed two and injured hundreds.

Nine days after the attack, hundreds of Uyghur—angry at the murders and the government’s insufficient response—protested in Urumqui, the capital of Xinjiang, located in the northwestern part of the province. As the protests turned violent, thousands were injured and 197 people of the Han, Uyghur and Hui nationalities were killed. Throughout the following week, Han mobs reacted to the Uyghur protests, but were largely held back by police called in to suppress the violence.

Since the week of the riots, the people of Urumqui have been getting back to life as normal. Businesses are open and repairing damage from the riots. All mosques are now open for Friday prayers. Some mosques had been closed the Friday following the riot. The Chinese government has announced that it will award 200,000 yuan, roughly $30,000, to each family of the victims killed by the violence during the July 5 riot.

The diligent representatives of U.S. capital did not miss the opportunity to spin the incident to its advantage. Kadheer was quickly elevated to status of champion of the Uyghur by U.S. media.

Kadheer profited greatly from the Chinese affirmative action system, but now she is a wealthy businesswoman living in Washington, D.C. Kadheer heads the World Uyghur Congress, the Uyghur American Association and the International Uyghur Human Rights and Democracy Foundation.

The media and ruling-class politicians have pointed to the tiny separatist movement of East Turkestan (Xinjiang), of which Kadheer is a part, as proof of a widespread Uyghur desire for freedom from the “oppressive and racist” Chinese regime. In reality, the separatist movement represents a minority sentiment within the Uyghur nationality.

In 2008, the separatist movement received $570,000 from the CIA-backed National Endowment for Democracy. Kadheer’s three organizations received $550,000 of those funds—virtually the entire sum. This exceeds even U.S. funding for the right-wing Tibetan separatist movement. The money granted by the NED to the Uyghur separatist groups has increased dramatically every year.

In fact, the CIA-supported Uyghur groups have sought to link their struggle with Tibetan and Mongolian separatists as part of a larger campaign to facilitate a breakup of China.

Khadeer and two U.S. congressional members have called on the U.S. government to take action against China for “suppressing” the riots. Despite their current pretensions of sympathy for the Uyghur people, the media and U.S. imperialism have shown no regard for the well-being or development of Muslims living in the United States, nor have they shown any regard for the majority of Muslims living throughout the world. The only Muslims deemed worthy of concern, according to the mouthpieces of U.S. imperialism, are those conveniently living within countries that act independently of U.S. interests—countries like China.

The United States has engaged in full-fledged repression and war against Muslim people. Since 2001, the U.S. government has rounded up and imprisoned young Muslim men. They have sent undercover government agents into mosques, trying to provoke young men—rightly angered by war and racism—into dangerous action, and then arrested and tortured them. They have waged war in Iraq and Afghanistan, and funded war in Pakistan and Palestine—specifically targeting “Muslim extremism” while brutalizing entire peoples, whether Muslim or not.

As usual, the U.S. government and Western corporate media have offered us an inverted version of reality in the newspapers and on television. The reality of the situation in Xinjiang province is quite different from what has been portrayed to the U.S. and European public.

The Uyghur people have benefited directly from the gains of the socialist revolution that took power in 1949. They have enjoyed an affirmative action system in education, jobs and governance that far outstrips those in any Western imperialist nations—particularly in the United States, where none exists.

All minority nationalities in China have a right to free education from elementary through college. The state provides free boarding schools and college preparatory classes particularly for oppressed nationalities.

Starting in 1990, bilingual education for minority nationalities was introduced, recognizing the need to learn the prevalent language while respecting the language of minority nationalities. In 2007, there were 4,500 Mandarin-Uyghur bilingual classes with 145,000 students enrolled; in 1999, there were only 27 such classes. The state has also been pursuing a program to alphabetize minority languages that previously had no written system.

The Chinese government has also invested over $12 billion in 70 development projects in the region since 2002. Many of these projects were geared towards infrastructure improvement.

The constitution formally recognizes freedom of religion. There are 24,000 mosques and 29,000 religious leaders in Xinjiang.

There is also a degree of autonomous control and required representation within both the national and provincial governments for Uyghur people. Minority nationalities—mostly Uyghurs—hold more than half of government posts in Xinjiang. About 360,000 government employees are national minorities.

The imperialist media and U.S. politicians who are hypocritically championing the cause of the Muslim Uyghur people have no interest in the needs of China’s national minorities; rather, they find the events of June and July in Xianjiang province to be a convenient tool to their ongoing campaign to delegitimize the Chinese government. 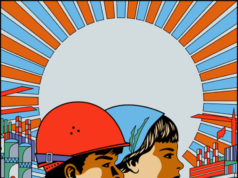 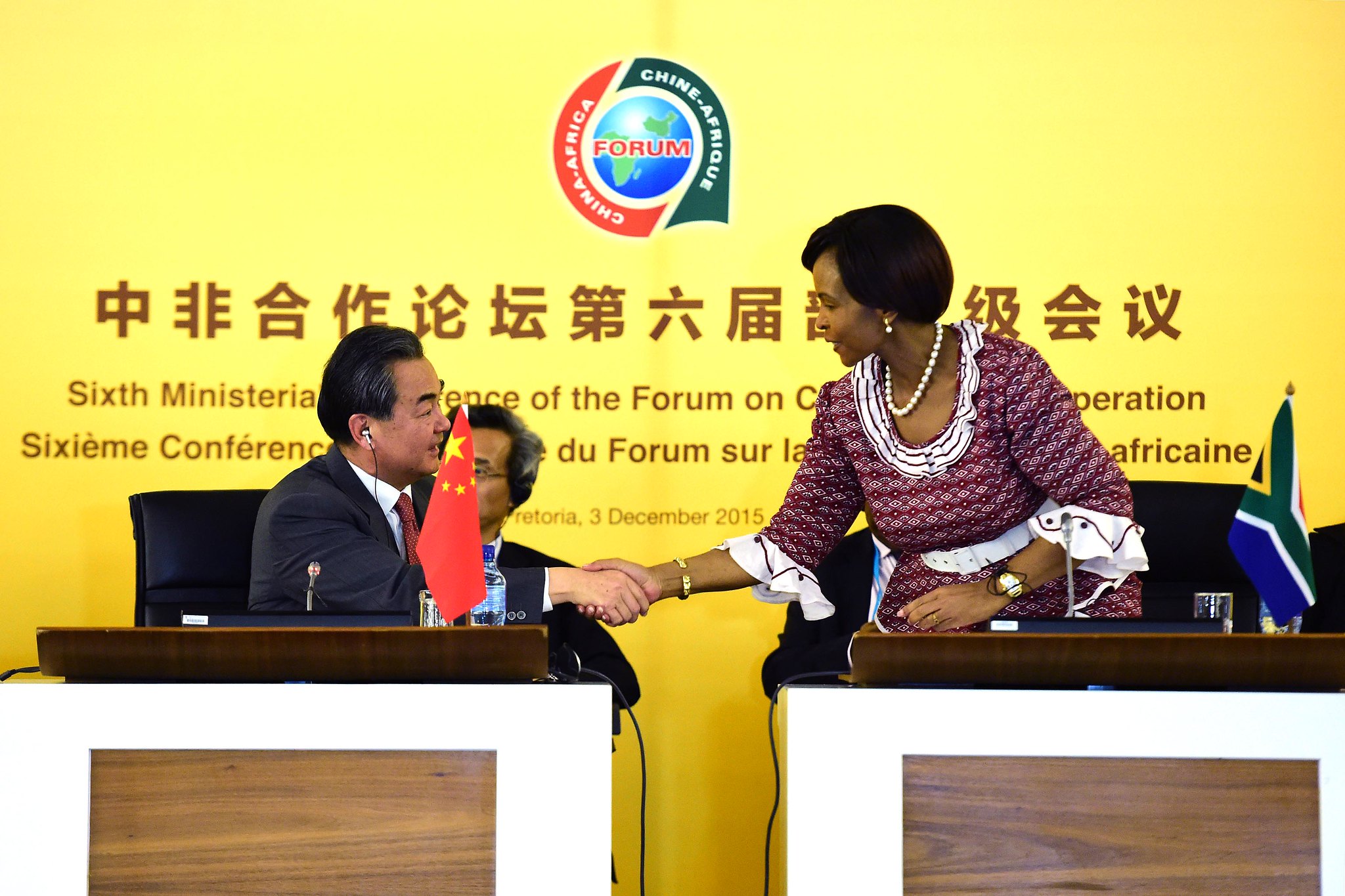