Editor’s note: The following article was originally published in Breaking the Chains magazine, which you can purchase here.

It is not the intelligent woman versus the ignorant woman; nor the white woman versus the [B]lack, the [B]rown, and the [R]ed — it is not even the cause of woman versus man… [W]oman’s strongest vindication for speaking is that the world needs to hear her voice.
-Anna Julia Cooper

Anna Julia Cooper was born into slavery in 1858, only five years before the passing of the Emancipation Proclamation. After enrolling at St. Augustine’s Normal School at age nine, she became so proficient in mathematics that by age ten she began teaching it on the side. She earned both her bachelor’s and master’s degrees from Oberlin College by 1888, and became a teacher and then principal at the M Street School in Washington, D.C. She was an active lecturer in the women’s club movement. In 1925, at age 65, she earned her doctoral degree from the Sorbonne in Paris, writing her dissertation on slavery and revolution. She died on February 27, 1964, only months before the passing of the Civil Rights Act.

This absolutely extraordinary person exemplifies both the intensity of women’s struggle for education, and its deep connection with the struggle for liberation. Cooper is but one example of women fighting for education. Her legacy inspires us to view the major struggles that spanned her lifetime — abolition, suffrage, and the civil rights movement — through the lens of her commitment to the liberatory potential of education.

The role of education in abolition

While high schools across the country are still teaching the end of slavery as the product of Abraham Lincoln and the Civil War, the true history of abolition contains hundreds of years of resistance and struggle from those who were enslaved. In “Women, Race and Class,” Angela Davis describes how enslaved women played important and under-recorded roles in this resistance. There are countless instances of women’s participation and leadership in escape, revolts, sabotage and seeking access to education.

After the slave revolt led by Nat Turner in 1831, white slaveholders in the South used anti-literacy laws as tools of repression and control. White southerners feared that enslaved people would use reading and writing to forge passes to freedom, and communicate about escape or insurrection. Despite facing severe punishments, many enslaved people nonetheless educated themselves and their communities. In Natchez, Louisiana, one enslaved woman ran a “midnight school,” teaching people between the hours of 11 p.m. and 2 a.m. She graduated hundreds. We have this clandestine teaching to thank for many heroes of that era. Susie King Taylor, a nurse and teacher who was in the first Black regiment of the Civil War, learned to read and write while enslaved, from secret schools led by Black women. Frederick Douglass, abolitionist movement leader and women’s rights advocate, famously details his own path to education in his autobiography.

Education, too, fueled women abolitionists in the North. Black women organized the first women’s anti-slavery society in Salem, Massachusetts. In addition to abolition, they called for desegregation in Northern states, assistance for those newly freed or escaped from slavery and schools for free Black people. Due to religiously motivated beliefs in equality, white women from Quaker families were able to get secondary and post-secondary schooling, which inspired and allowed them to participate in the abolitionist movement. In 1832, Prudence Crandall, a Quaker abolitionist and school teacher, accepted Black students into her boarding school in Canterbury, Connecticut despite racist opposition from the townspeople. Lucretia Mott, a practicing Quaker minister, was a member of the bi-racial organization Philadelphia Female Anti-Slavery Society and had an Underground Railroad station in her home. Sarah and Angelina Grimke, who became leading lecturers and writers on both abolition and women’s rights after defecting from their slave-owning family, later joined the Philadelphia Female Anti-Slavery Society as well. In their writings, the sisters defended women’s rights to participate politically in order to continue their advocacy for abolition.

In the abolition movement, women learned skills including fundraising, distributing literature, calling meetings, public speaking — all important in the fight for suffrage. In fact, it was partially frustration at the roadblocks to women’s participation in the abolitionist movement that inspired Lucretia Mott and Elizabeth Cady Stanton to organize the first women’s rights convention. The convention produced critical documents, including a proposal for women’s suffrage supported by Douglass, one of the few Black participants. The Declaration of Sentiments also included a call for “the facilities for obtaining a thorough education, all colleges being closed against her.”

While this moment is celebrated as a milestone in feminist history, we must also remember the voices that were underrepresented or not represented at all. Working-class women, including mill girls, were engaged in their own struggle for labor protections, including the ten-hour work day. Furthermore, no Black women were present at the Seneca Convention, despite their already numerous contributions to the women’s rights cause. For example, Maria Stewart, the first native-born woman lecturer for multi-gender audiences, had defended women’s rights nearly a decade before the convention. That being said, Black women did play important roles in later conventions. At a women’s convention in 1851 in Akron, Ohio, Sojourner Truth delivered her famous “Ain’t I a Woman’’ speech, which confronted both racist and sexist attitudes.

Despite the abolitionist roots of the women’s suffrage movement, we have to acknowledge the betrayals and racist rhetoric of many of the Seneca Falls organizers. When the 14th and 15th Amendments (which granted voting rights to Black men) were proposed, some women suffragists — including Cady Stanton — opposed it on the grounds that it did not include women. They employed racist rhetoric against Black men voters and aligned themselves with white supremacist politicians.

We can recognize this opportunistic decision as a failure to engage in unified struggle on the part of the white suffragists. In contrast, we see a much better model of militant unity in the post-war literacy campaigns, where Black and white women alike volunteered for the Freedmen’s Bureau and worked together to raise literacy rates. More than 1,000 schools for newly freed Black students were built, and $400,000 was spent on teacher training, constructing the foundation of the public school system in the South. This era birthed many great institutes of higher education, including Fisk University, Hampton Institute and Spelman College.

Despite finally winning the right to vote in 1920, women still had a lot left for fight for, including labor opportunities and protections, reproductive health care, freedom from domestic abuse and sexual violence, and access to education. While Black women technically had the right to vote, voter suppression and intimidation vastly reduced their access to the ballot. Black women were also restricted to segregated schools, which received fewer resources than white schools. Both Black and white women had reasons to fight for better educational opportunities throughout the period of the civil rights movement.

College students widely participated in the civil rights movement. Black students from A&T State University in North Carolina organized the first sit-in at Woolworth’s in 1960 to protest segregation in public places. The civil rights movement and its historic victories inspired many of the important mass movements of the 1960s, including the Black Power movement; LGBTQ movement; the Native, Asian, Chicano and Puerto Rican movements; the anti-war movement; and the women’s liberation movement. Direct actions and mass protests in the streets challenged racism, imperialism, bigotry and patriarchy. There was significant collaboration, and lessons shared and learned between these movements.

The 1964 Civil Rights Act made critical changes in access to education nationally and was followed by 20 years of legislation that continued to open up access to education for oppressed communities. It was passed by Congress under tremendous pressure from these movements, but it did not yet cover sex discrimination in public education. There was further agitation needed from many sectors of the mass women’s movement to close the access gap for women in attending college, earning graduate degrees and becoming professors. According to Donna Goodman’s Women Fight Back!, after much lobbying by feminist groups, Congress passed an amendment to the Higher Education Act called Title IX in 1972 to end discrimination in education based on sex. While this bill is most famous for the changes it created in women’s athletic programs, it had myriad benefits, including preventing discrimination against pregnant and parenting students, and young women in STEM fields. It increased the number of women enrolled in college and getting graduate degrees. It also fueled the fight for more women faculty at universities and the founding of women’s studies programs.

The fight continues in how Title IX is enforced. In the late 1970s, a group of students sued their university, claiming that sexual harassment of women students violated Title IX because it was a form of gendered discrimination. This important precedent has sustained a movement of college students engaging in campus activism against sexual harassment.

Women have been on the front lines of so many fights: for bilingual programs in schools, for the teaching and preservation of Indigenous languages, for free and appropriate access to education for people with disabilities, and for transgender students to safely use the bathroom at school. As women achieve more educational access, they can use the skills, lessons and tools that they learn to continue the struggle. 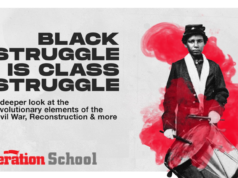 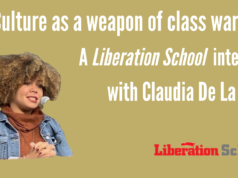