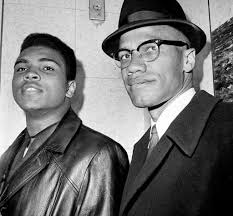 Muhammad Ali was more than just the three time heavyweight boxing champion of the world. Muhammad Ali was a champion of the Black freedom movement and of all the downtrodden; he defied the status quo and stood up against imperialism. He defended the rights of the forgotten and of the silenced, using his extraordinary physical prowess to elevate important social issues to the world stage. In the words of civil rights leader, Julian Bond: “He [Ali] was able to tell white folks for us to go to hell, I’m going to do it my way.” When we lost Muhammad Ali on June 3rd, we lost one of our own.

Born in Louisville, Kentucky on January 17th, 1942, Ali came of age at a time when Jim Crow segregation was rife in the south. His father was a house painter and his mother was a domestic worker in the homes of rich white families. Ali was named Cassius Marcellus Clay by his parents. He went on to reject—what his one-time mentor Elijah Muhammad called—his slave name.

Ali discovered boxing at the age of 12. When Ali’s bicycle was stolen, he vowed to defend himself against bullies. A local boxing trainer pointed Ali to the gym where he was told “you better learn how to fight before you start challenging people.”

Ali’s instinct to defend the underdog was an apt metaphor for the way he lived his life.

Ali quickly caught on, improving his hand skills rapidly. After winning his first fight by split decision, he went on to win on bigger stages, including the State and National Golden Gloves. In 1960 he stepped onto the world stage by winning a gold medal in the 1960 Rome Olympics.  When he returned home to the US and was denied service at a Louisville restaurant, Ali looked at his gold medal differently, later stating “that medal found a home, at the bottom of the Ohio River.”

In 1964, Ali fought Sonny Liston for the world title. Most boxing analysts favored Liston who was a massive, lumbering man, with excessive punching power. Ali shocked the world by knocking Liston out in the 8th round.

What was 10 times more shocking to the power structure was Ali’s decision to join the disciplined Black nationalist organization, the Nation of Islam. Embarking on a journey of self-discovery, the world champion focused on projecting and teaching Black pride and self-awareness. Refusing to integrate into what Malcolm X called “a burning house,” Muhammad Ali asked: “Why should we force ourselves into white restaurants and schools when white people didn’t want us? Why not clean up our own neighborhoods and schools instead of trying to move out of them and into white people’s neighborhoods?” 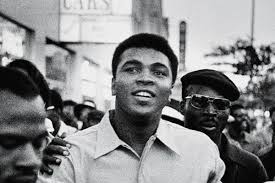 As his ties with the Nation of Islam grew stronger, mainstream America’s angst increased. At this time, Malcolm X befriended and mentored Ali. The media wanted an “all-American” champion but Ali was Black America’s champion and the champion of the wretched of the earth.  It was then that Ali changed his name from Cassius Clay to Cassius X and then to Muhammad Ali.

Ali struck fear into the hearts of the racist ruling class. Accustomed to athletes they could control like puppets, the media and politicians organized an all-out assault on Ali, even refusing to call him by his chosen name. Indeed, by 1964, the name by which you chose to address the heavyweight champion of the world showed where you stood before the explosive Black liberation movement.

Ali possessed a tremendous amount of skill and was also a master of hype. What also brought people to see Ali was his mouth, confidence and showmanship. Dubbed the “Louisville Lip,” the charismatic and brash Ali taunted his opponents before fights, predicting the round that he would score a knockout with poetic precision.

He stood 6’3” and weighed over 200 pounds, a heavyweight, the most coveted weight class, but he moved and punched like a man half his size. Moving with grace and circling his opponents with a lightening quick jab, Muhammad Ali defined heart in the boxing ring, taking on any challenger. Supremely confident, he committed a cardinal sin for a boxer; he held hands low. His lightning quick reflexes bolstered his defense making him an impossible target, as he bobbed and weaved punches with precision.

From 1963-1975 nearly one million US soldiers were deployed to invade, bomb and occupy the nation of Vietnam. The US war-mongers waged the war of conquest and aggression to stop the “domino effect of communism” in Southeast Asia. Over the 13 year period, the genocidaires of Washington dropped 6 million tons of explosives, bombs and napalm on the people of Vietnam, carrying out one of the largest bloodbaths in history, resulting in more than 4,000,000 deaths in Vietnam, Laos and Cambodia.

Ali opposed the war, stating: “We are all Black and Brown and poor-victims of the same system of oppression.” The United States government implemented a draft but when they drafted Ali, he refused to “serve.” Instead of doing what other fighters like Joe Louis did and “proudly serving his country,” he cited his religious beliefs and declared that he was a conscientious objector. Before his admirers and enemies alike, Ali stood up and boldly stated:

“Why should they ask me to put on a uniform and go 10,000 miles from home and drop bombs and bullets on brown people while so-called Negro people in Louisville are treated like dogs and denied simple human rights? No I’m not going 10,000 miles from home to help murder and burn another poor nation simply to continue the domination of white slave masters of the darker people the world over. This is the day when such evils must come to an end. I have been warned that to take such a stand would cost me millions of dollars. But I have said it once and I will say it again. The real enemy of my people is here. I will not disgrace my people, my religion or myself by becoming a tool to enslave those who are fighting for their own justice, freedom, and equality….If I though the war was going to bring freedom and equality to 22 million of my people they wouldn’t have to draft me, I’d join tomorrow. I have nothing to lose for standing up for my beliefs. So I’ll go to jail, so what? We have been in jail for over 400 years.”

The US government stripped the world champion of his boxing license and heavyweight title and sought to throw him in prison. Ali was forced out of boxing for over three years.

During this time, he fought for fair housing rights in Louisville and inspired those of his generation to resist the draft and protest the criminal war. Emerging as an icon of Black resistance, many young African Americans—raised to be subservient to empire—rethought their behavior and modeled themselves after Ali.

Ali showed love and solidarity to the international community at a time when conformity, blind US patriotism and cold war fervor dominated.

Ali’s choice of venues for his fights—such as the famous “Rumble in the Jungle” against George Foreman in the Congo in 1974 and “the Thriller in Manila” against Joe Frazier in the Philippines in 1975—symbolized his solidarity with the world’s oppressed. Unlike today’s big-name fights in Madison Square Garden or Mandalay Bay, Las Vegas, Ali used his fights to interact with the people of the world who were invisible to the West. 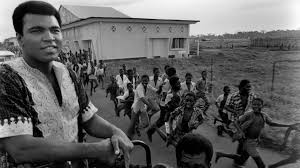 The 1996 documentary When we Were Kings shows how Ali connected with the population of the Congo, running and training alongside the masses of a nation terrorized by the megalomaniac, imperialist stooge, Mobutu Sese Seko. When Ali went to Puerto Rico for a month in 1976 to prepare for his fight with Jean-Pierre Coopman, he opened up his sparring sessions to the public. Anyone who wanted to enter the ring with the champ, including prisoners, was invited to stand “toe-to-toe” with the greatest.

Ali was an internationalist; Nelson Mandela said that Ali “gave him hope that the walls of his prison cell would one day come tumbling down.” Olympians called for the restoration of Ali’s title when they received their gold medals. The Student Non-violent coordinating committee used Ali’s quote “we are the greatest” below their symbol of a black panther. When Dr. Martin Luther King came out against the war in 1967, he quoted Ali and cited Ali’s bravery as a motivating factor in his decision. (For more on Ali as a “cultural lightening rod” see Mike Marqusee’s Redemption Song: Muhammad Ali and the Spirit of the Sixties.) Ali spoke out for wrongfully incarcerated boxer Rubin “Hurricane” Carter. Protestors around the world—from Guyana to Pakistan to Ireland—stood in solidarity with Ali. In 1990, Ali travelled to Iraq with anti-war activists, including the national coordinator of the ANSWER Coalition, Brian Becker, to free hostages and prevent the U.S. invasion and recolonization of Iraq. While the hostages were freed, the US invasion and occupation 12 years later would go on to massacre millions and hurl Iraq into sectarian hell.

When Muhammad Ali passed away on June 3, he left behind an incomparable legacy of resistance and generosity. Flocking to offer hollow praise, the same detractors he confronted in the 1960’s, today, attempt to blunt his legacy.  Bill Clinton’s presence at his funeral as one of his eulogizers is hypocrisy of the first degree. Bill Clinton—the strangler of Baghdad, the partitioner of Yugoslavia, the gutter of welfare programs for children and families and the infamous sexist—had no business in Louisville on June 3rd. Clinton’s presence showed how the ruling class wanted to closely manage Ali’s funeral and moderate his radicalism.

Ali is among those rare athletes, such as Paul Robeson, Martina Navratilova, Roberto Clemente Kareem Abdul Jabar, John Carlos, Tommie Smith and Craig Hodges, who used their platform and influence to take a stand. (For more on this topic, see A People’s History of Sports by Dave Zirin) In a sport that is today characterized by glitz and glamour, arrogance and individualism, the Floyd Mayweathers and Adrien Broners—what sports columnist William Rhoden calls Forty Million Dollar Slaves—there was Ali.  While other fighters were converted into mouthpieces and commodities of capitalism, there was Ali, who put his principles before his money, who could never be bought and who would never sell-out.

As socialists, we remember Ali’s will and skill in the ring, but more importantly, we highlight and emulate his acts of defiance before his oppressors—the same oppressors who today pillage the earth, wage wars of conquest, waste millions of pounds of food they cannot profit off and starve people all around the world. Just as Che Guevara famously called for “creating 2, 3 many Vietnams” to resist US imperialism, today we call for 2, 3, many Alis, millions of Alis, to stand up and take their place in history.