One of the many profound contributions that Karl Marx and Frederick Engels made to the cause of socialist revolution was their analysis of the relationship between the economy and other aspects of society, like politics and culture. Beginning with Marx’s 1845 “Theses on Feuerbach” and running all the way through Engels’ 1894 letter to W. Borgius1, the two socialists paid close attention to the dominant influence that economic relations have on all aspects of human life. This laid the basis for a scientific analysis to understand human relations within the confines of the class struggles in society.

Marxists use the term “base” to refer to the economic foundations of a given society. This means both the level of development of economic production and technology (the means of production) as well as the ways in which production is organized and how different classes in society relate to this production (the mode of production or relations of production). Other aspects of society—politics, culture, religion—are referred to as the “superstructure,” to illustrate its reliance “in the last instance” (to use Engels’ famous phrase) on the economic base.

The fundamental thesis is that the superstructure exists as a social framework to maintain economic relations. The economic reality of human beings provides the circumstances in which ideas and abstractions exist. In his 1859 “Critique of Political Economy,” Marx wrote:

In other words, all human expressions and belief systems, no matter how subtle, limited in awareness or removed from the physical world, are ultimately the subjective reflection of specific social and economic relations between exploiter and exploited classes. This thesis is the historical materialist basis of revolutionary Marxism.

As human beings learned ways to utilize and manipulate nature in the earliest periods of history, economic life became increasingly complex. The production of food and other necessities became more sophisticated. For the first time, scarcity gave way to a surplus over and above the minimum means of subsistence. Society split into classes, tainting human relations with inequality as one minority class obtained the rights of ownership over the social wealth and means of production at the expense of the majority.

As social beings, humans developed organization in order to survive. This instinctive feature became adapted to the needs of the oppressing classes. The privileged and propertied sectors of society were compelled to form the organization of class rule: the state. This meant police, armies, jails—the means to enforce exploitation.

But every ruling class in history has found that it is not sufficient to rule using force and violence alone. Ideological institutions and propaganda are just as important.

How would inequalities be explained? How would the existence of exploitation become justified and regarded as “normal?”
The creation of social norms involves a process of conditioning that leads to a general acceptance of customs, habits, traditions, culture, philosophy, ideology and so on. The class that dominates determines who will shape the collective thinking of society on questions of politics, the role of women, homosexuality, race, law, religion and many others.

In the period of transition from primitive communism to class society, the matriarchy, in which women played a respected and leading role, gave way to patriarchy. Property was passed from father to son, while women were forced into a subordinate status.

The downfall of matriarchy and the appearance of women’s oppression, documented by anthropologists like Lewis Morgan and Eleanor Burke Leacock, signified the arrival of class society in human history. From this early moment—the division of society into social classes—sexist ideology justified the oppression of women and brought legitimacy to the new ruling class.

Women now played a subordinate role within the family, viewed only as serving sexual and reproduction purposes as well as for rearing the next generation of exploited laborers. This ideology was essential in perpetuating the existing exploitative social relations.

Eventually, women’s oppression, along with the emergence of a consistent social surplus, set the stage for the emergence of slave and slave owner. The plight of women gave rise to a range of distorted views on sexuality. LGBT people became the target of persecution, as they remain today, because of their place outside the ideological framework of reproducing new laborers.

Before the emergence of scientific thinking, earlier societies sought to explain the functions and peculiarities of nature through mysticism and the belief in “superior beings,” gods. Understanding the surrounding world and finding comfort with the changes occurring in nature developed as human culture became more sophisticated.

Over millennia, mysticism gave rise to religion. This form of thinking competed against scientific and materialist thought, which would emerge out of philosophical thinking. Religion became a way of projecting the dominating class as invincible—either as the incarnation of gods on earth, or as the “chosen representatives” of a single god. In this way, religion served as the medium of political discourse, and at the same time as a principal means to enforce and justify oppression.

With capitalism arising in Europe beginning in the 15th century, the new bourgeoisie began to assert itself in the fields of science, philosophy and art. This occurred—like its amassing of wealth—long before it carried out its own revolution to obtain political power.

Over the course of millennia, as class domination developed in scope and sophistication, the superstructure became more intricate in order to meet the needs of capitalism under the circumstances of the modern era—the needs of imperialism. More and more, a carefully crafted message of docility, dependency and submission was promoted among the oppressed classes.

The complexities of today’s superstructure cannot be compared to that which existed during the Mayan, Mali, Roman or Mongolian empires centuries ago, although adaptable remnants from previous systems of class rule, like religion, were passed onto the era of modern capitalism.

Modern architecture, along with other visual, literary and performing arts, are all projected with the power of the mass media: radio, television and the Internet. Millions are reached simultaneously. These artistic renderings are just as aesthetically powerful as the sculptural depictions of deities found in churches and temples during the Middle Ages—but have a far greater reach.

Although the ideological superstructure retains the same function under different systems of class rule—the maintenance and justification of exploitation—every society nevertheless has its own peculiarities and complexities. The productive forces under capitalist rule have become so advanced that its socially produced wealth has reached colossal magnitudes compared to production in previous systems.

Yet at the heart of the capitalist economic system, crises lurk that would be unheard of in any previous system of class rule. Warehouses periodically fill to overflowing with commodities that cannot be sold in the market due to overproduction.

Despite having the capability to meet the material needs of everyone in society, the level of poverty and disparity of wealth under advanced capitalism is unparalleled in history. In previous systems, poverty was caused by scarcity; under capitalism, poverty is caused by abundance.
The periodic crises of capitalism have impelled the ruling class to adopt even more elaborate means to disguise the absurdities of its economic system and instill in the minds of the working poor false notions of loyalty and fear of rebellion against the status quo.

Well-articulated fallacies of bourgeois democracy are found everywhere—in literature, news reports, public education and the hypnotic sermons of religion. Abstract analysis is used to obscure reality instead of explain it, and bourgeois analyses, however, complex, always dismiss any mention of alternatives to the social order. The oppressed and exploited are supposed to rely on the rulers and cast away any thoughts of changing the world by taking part in revolutionary struggle.

Under bourgeois democracy, elections become a major arena of promoting these myths. During election periods, like during periods of war, the ruling class pays closer attention to the functions of every facet of the superstructure.

Bourgeois politicians, historians, scholars and other privileged specialists of all kinds point to the electoral process to expound the fable of “fairness,” “democracy” and “freedom.” The rulers go on the offensive, promoting notions of capitalism’s invincibility and eternal existence—while at the same time fanning the divisive flames of racism and xenophobic hatred among the masses of working people.

Yet as long as the working class is powerless to end its impoverishment and the perpetual threat of unemployment, the claim of class harmony between exploiter and exploited is the height of bourgeois hypocrisy.

From the earliest literature and art of antiquity, through the Renaissance, to the development of jazz, rock and roll, and hip-hop culture today, a tug-of-war takes place in a battle between two opposing world views, views rooted in the realities of the exploiters and exploited.

The battles between the classes—including the struggles of the oppressed—are expressed in the realm of ideology within the social framework for preserving existing economic relations.

So long as the working class remains under the complete domination of the capitalist class, it is unable to break away from the detrimental and corruptive influences of ruling-class ideology. Unlike the way the capitalist class established its ideological institutions and influence within the superstructure prior to seizing political power, the working class must first smash the state machine of capitalism in order then to mold and steer the superstructure in the direction of meeting the needs of its own rule. 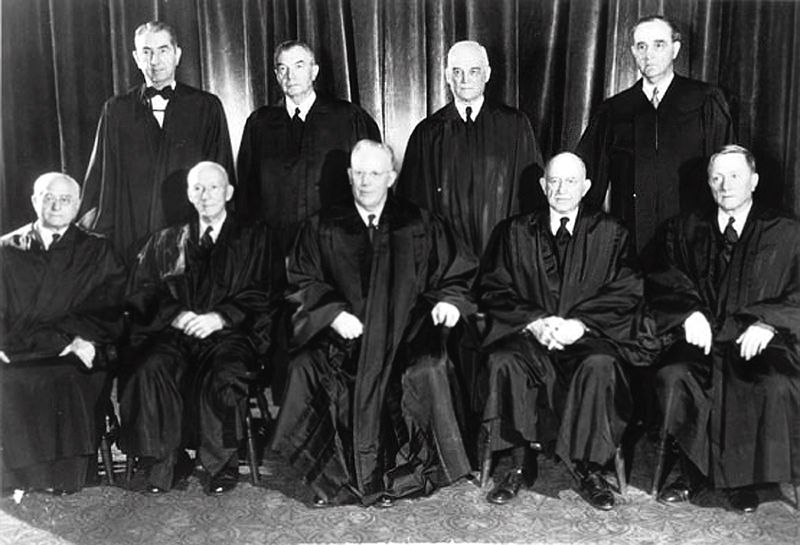 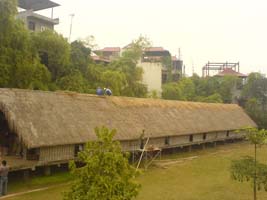