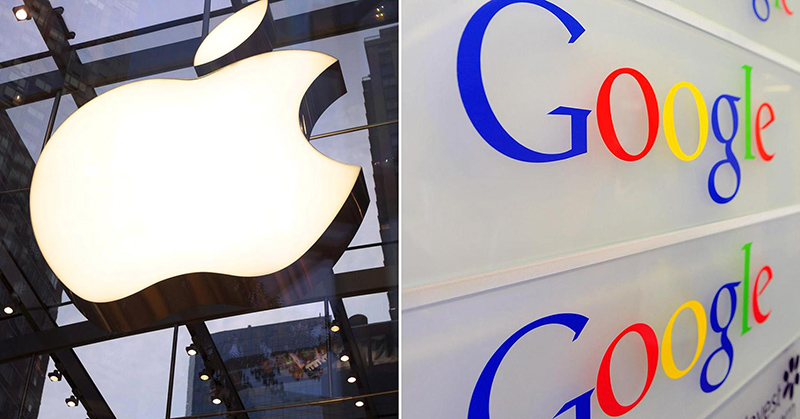 In early 2005, as the most recent boom phase of the capitalist industrial cycle came into sight, Apple’s Steve Jobs arranged a secret and illegal pact with Google’s Eric Schmidt to hold down their workers’ wages by agreeing not to recruit each other’s employees, sharing wage scale information, and punishing violators. Subsequently, computer chip-making giant Intel and software producer Adobe, along with smaller companies Intuit, Pixar, and Lucasfilm (the latter two controlled by Jobs and later sold to Disney), were drawn into the conspiracy.

These secret deals were first exposed in a Department of Justice antitrust investigation launched by the Obama administration in 2010. That DOJ suit became the basis of a class-action lawsuit filed on behalf of over 100,000 tech employees whose wages were artificially lowered—by an estimated $9 billion— in the second half of the 2000s. The resulting boost to company profits and share prices returned windfalls to the CEOs and other top managers from options on company stock, then and now a major component of management “compensation.” (Stock options are contracts awarded as part of compensation packages to executives allowing them to purchase large quantities of company-issued shares at prices far below current market value. The shares can then be sold for an immediate profit or held for additional gains if the price goes up.)

The super-exploitation of hundreds of thousands of mostly young women workers in China hired by Taiwan-based Foxconn, Apple’s main supplier of assembled iPads, iPhones and other hot-selling devices Apple designed and marketed, boosted the company’s profits and share prices even more—so much so that last year Apple overtook ExxonMobil to become the world’s biggest company based on stock market valuation.

Steve Jobs famously accepted only $1 per year of regular pay following his return to Apple in 1997 (after being pushed out in 1985 by the board of directors) but reaped hundreds of millions per year from stock options and capital gains on his stock holdings. (Forbes estimated that the value of his personal wealth had grown to $8.3 billion by 2010.)

On Jan. 14, the 9th Circuit Court of Appeals denied attempts by Apple, Google, Intel, and Adobe to have the lawsuit thrown out, and gave final approval for it to go forward. A jury trial date is set for May 27 in San Jose, Calif., before U.S. District Court Judge Lucy Koh.

Intuit, Pixar and Lucasfilm reached out-of-court settlements last year and will not be part of the trial.

In a separate investigation and ongoing case, eBay and its former CEO Meg Whitman, now CEO of the giant computer maker Hewlett-Packard, face federal and state of California suits for arranging a similar, secret “wage-theft” agreement with Intuit (and possibly Google, as well) during the same period. (pando.com, Jan. 23)

Charges of widespread wage theft have been made against other monopoly corporations such as Walmart, but it is now clear that low-wage workers are not the only victims of the practice—though of course they suffer by far the most as a result.

Competition and the industrial cycle

It was no coincidence that Steve Jobs initiated the conspiracy against high-tech workers when he did. Apple began work on the first iPhone in 2005 and the first iPhone was released on June 29, 2007. It stands to reason that Jobs did not want to risk losing his best engineering talent to competitors during this critical period for Apple.

Also, the boom phase of the industrial cycle was coming soon, and the demand for highly skilled software and hardware engineers was likely to boom as well. This is the phase of the industrial cycle when competition among workers, especially highly skilled workers like engineers, is reduced to a minimum, allowing them to play one employer off against another in an attempt to get the best pay possible. At the same time, the competition among employers for workers, especially highly skilled workers in short supply, reaches a maximum during economic booms.

It is a common mistake to think that the development of monopoly capitalism, which began in the latter half of the 19th century with Rockefeller’s Standard Oil Company, J.P. Morgan’s U.S. Steel Corporation and later the railroads, eliminated most competition between the monopoly corporations. To begin with, the ruling class—along with popular movements—have since the 1890s tried to make sure that no single industry is dominated by just one monopoly. The first law—the Sherman Antitrust Act—was passed to this effect in July 1890. The Clayton Antitrust Act was enacted in 1914 “to add further substance to the U.S. antitrust law regime by seeking to prevent anticompetitive practices in their incipiency.” (Wikipedia)

In addition, when a handful of companies dominate an industry, they can (and do) quite easily set prices higher than would be the case with “free competition,” gain legal protection and enforcement of their “intellectual property” rights, and sometimes divide markets amongst themselves. Where dividing markets is not feasible, they fiercely compete for market share (the “sales effort”) and in other realms, including assuring cheap sources of raw materials and—especially when the labor market is tight—in hiring.

Similarly, competition between national monopoly groups for markets and sources of cheap raw materials inevitably leads to imperialist wars. In fact, Lenin in his work “Imperialism, the Highest Stage of Capitalism,” written in 1916, defined imperialism as monopoly capitalism.

So it is not surprising, in view of the prospect of a tightening labor market, that the late Steve Jobs initiated a conspiracy in 2005 to minimize competition among Silicon Valley high-tech companies for highly skilled engineers, thereby countering the opportunities these workers—who hadn’t as yet developed union consciousness or organization—otherwise had to maximize their compensation packages.

Judge Koh’s decision makes it much easier for the workers to win compensation—potentially tens of millions of dollars. Without class-action status, each of them would have had to file costly lawsuits on their own. The ruling also puts pressure on the companies to reach a financial settlement with the workers, as Pixar, Lucasfilm and Intuit did in July (2013), said Stephen Hirschfeld, CEO of the Employment Law Alliance, a network of labor and employment lawyers.

Although a trial in the case has been set, companies in class-action cases often try to avoid getting that far, Hirschfeld said, because “there is an assumption that if they actually get in front of a jury and there are thousands of plaintiffs, a jury will think, ‘Well, if there’s smoke, there must be fire.’ ”

Judith Zahid, a San Francisco lawyer specializing in antitrust matters, said the sued companies face an additional problem if the case goes to trial because, under antitrust law, any damage award against them would be automatically tripled. (San Jose Mercury News, Oct. 25, 2013)

Whatever the outcome, this case points up the class contradictions that exist between even highly paid, highly skilled workers and the capitalists who depend on and exploit their labor, and the need for all workers to organize to defend and advance their class interests. 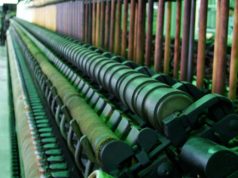 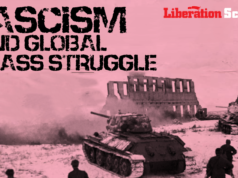