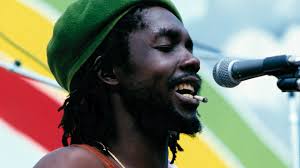 On September 11, 1987, unidentified assailants ambushed and assassinated the Rasta musician and revolutionary Peter Tosh in Kingston, Jamaica. The very poverty and violence Tosh dedicated his life to speaking out against ultimately claimed his life. Armed with a guitar in the shape of a M16 rifle, Tosh’s revolutionary lyrics and fearless defiance—against what he called the shitstem—live on today.

“You can’t blame the youth”

Tosh was born in Westmoreland, Jamaica; his parents were unable to raise him because of their dire financial position. He lived with various relatives around Jamaica during his childhood. At 15, he moved in with his aunt in Trenchtown, the West Kingston ghetto that gained world notoriety as the birthplace of reggae. There he met up-and-coming reggae artists Bob Marley and Bunny Wailer and in 1963 the trio formed the Wailing Wailers. The Wailers enjoyed a successful decade-long career together that elevated the local Jamaican reggae into an internationally-renowned music.

Understanding that his youth was a microcosm of what young sufferahs endured across Jamaica and the world, Tosh exclaimed: “I was raised in a society of poverty where I saw people humiliated daily and die from being poor. Poverty is designated and designed by bureaucrats, the politicians and leaders of churches and states to see that we stay in the category of poverty.”

Tosh, Marley and other local reggae icons built an alternative youth identity to the ones that dominated that marginalized slums of Kingston.

Tosh identified that church, media, schools and politicians formed part of the everyday attack on emancipation. Encouraging a revolutionary spirit in songs like “You Can’t Blame The Youth,” Tosh sang:

Pan-Africanist historian Dr. John Henrik Clarke wrote: “We have been educated into believing someone else’s concept of the deity, and someone else’s standard of beauty. You have the right to practice any religion and politics in a way that best suits your freedom, your dignity, and your understanding. And once you do that, you don’t apologize.” 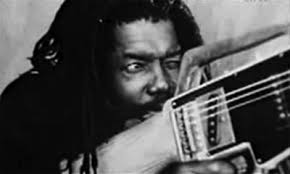 As an internationalist and advocate of Pan-African unity and pride, Tosh rejected British colonialism’s religion and “beauty standards.” Delving deep into African spirituality and beauty, Tosh refused to embrace a white god and grew his hair out into dreadlocks, a practice first embraced by the anti-colonial Kenyan Land and Freedom Party (commonly known as the Mau Mau guerillas, see Horace Campbell’s Rasta and Resistance). Tosh understood the importance of projecting a strong Black identity and rebuilding the psyche of Black youth. Tosh believed in Rastafarianism, a spiritual outlook that grew out of the resistance of the decedents of slaves brought to Jamaica.

Tosh explained the connections of growing up Black in an oppressive society:

“It was like I was born in South Africa because the environment I was born in fits the philosophy that they push. It inoculates the youth, African youths, with inferiority complex inasmuch as I was taught that when you are white, you are perfectly right. When you are brown you can stick around. But if you are black stay in the back. Every morning going to school my grandma used to wake me up and she would always want me to comb my hair.  But even if I was to comb my hair for 15 hours it would be the same and they would always curse and say natty bad hair boy.”

Tosh brought attention to South Africa where apartheid was the order of the day. In the 1970s, Tosh also refused to tour in Israel because he defended the right of the Palestinian people to their historical land.

Music as a weapon

As a solo artist, Tosh began to sing more explicitly about his revolutionary political views and critiques of the shitstem. Reggae producer, fellow Rasta and Tosh’s close friend Dermot Hussey, said “He didn’t pick up arms, but his arms were his lyrics.”

Tosh saw music as his weapon against capitalism or what the reggae griots called “the Babylon system:”

“Every form of victimization is universal, not only in Jamaica. But because I live in Jamaica and have seen many youths become victims of the shitstem I know it is universal. The Father gives me the inspiration to sing the music because he said I call upon all the singers and players of instruments all my springs are in thee. That means I am here to play the music and to communicate with the Father spiritually so I can be inspired to make music to awaken the slumber and mentality of people.”

Though he gained some mainstream success, even winning a Grammy shortly before his death, the mainstream record labels did not market his music because of its radical politics. His first album “Legalize It” critiqued the big corporations and prison system that profit from the criminalization of marijuana. The notorious “anti-Drug laws” targeted Rastafarians and in effect made their lifestyle illegal.

In his song “The Poor Man Feel It” he describes the worsening conditions of poor people, singing “Gas gone up/Bus fare gone up/The rent gone up/phone bill gone up/Lighting gone up/The tax gone up.”  Months before his murder in 1987, Tosh released No Nuclear War at a concert protesting the amassing of nuclear weapons by the imperial powers.

Tosh was targeted and brutalized after he spoke against elitist Jamaican politicians during a concert for neglecting to address the violence and poverty on the island. He stated, “Hungry people are angry people.” Dermot Hussey said, “Peter Tosh was like a Malcolm X and you feel them vibes you know in terms of how he express himself. X-rated in the sense of revolutionary, him too forceful with the system, they don’t like a man who stand that way there.” Tosh refused to stay silent about the violent and oppressive reality of the system, even when it posed a threat to his life. During a live performance, he exclaimed “Without the truth there is no consciousness.”

29 years ago this month, the sufferahs of Jamaica and the world lost a charismatic interpreter and defender of their struggle for genuine freedom.

Though there were different leads in the investigation into the parties involved in Tosh’s murder, there was impunity for the killers and their powerful backers in the Jamaican political structure. Stepping Razor Red X documents how in official documents uncovered after his death, a red x appeared next to Peter’s name wherever it was cited by authorities who tracked him wherever he went.

Peter’s life reiterates once again that the shitstem will never support art that exposes it and stands in defiance to its wicked rule.

Today, we pay tribute to a fearless and gifted revolutionary who used his talent and fame and put his life on the line to bring attention to the violence and corruption of the state. The greatest homage we can pay to Peter Tosh is carrying the torch of self-love and self-determination forward and “Get up, stand up/Stand up for your rights/Get up, stand up/Don’t give up the fight!”