As a Peruvian American born and raised in New Jersey, I grew up hearing heroic stories of our Incan roots and our Quechua names. For most, the name Tupac invokes the memory of arguably the greatest rapper of all time, but few in this country outside of the Peruvian American community know who Tupac was named after.

Tupac Shakur’s mother, Afeni, was a Black Panther and a strong revolutionary. A year after she gave birth to her first son Lesane Parish, she renamed him after a strong-willed freedom fighter, the great leader of the Inca, Tupac Amaru II.

For centuries, a white Spanish nobility exploited, raped, and murdered the people of Peru. Tupac Amaru emerged as a defender of the Inca nation, striving for a just and more equal Peru. Nearly four centuries later, I write this article to better understand the life and legacy of one of my forefathers, a revolutionary giant upon whose shoulders we stand today.

Jose Gabriel Condorcanqui Noguera was born on March 19th, 1738 on Mount Surimana in the Province of Cuzco, Viceroyalty of Peru. He was a mestizo who was said to have been a direct descendent of the last Incan Emperor, Tupac Amaru. He was born into a period of humiliation in which he witnessed the ruthless exploitation of his people, confining them to lives of hard labor and poverty.

Indigenous laborers worked day and night mining in search of gold or silver in the vast and mineral rich Andes Mountains, where upwards of 8 million met their deaths. According to author Lillian Estelle Fisher’s The Last Inca Revolt, under the “mita” system the Incas were forced into slave labor at mines, factories, or plantations alongside kidnapped African slaves. Indigenous political chieftains or caciques governed the territories, collaborating with the colonial overlords.

Caciques were most often descended from Inca nobility, as Jose Gabriel was. As a cacique, Jose Gabriel was both loved and respected because unlike many of his counterparts, he dedicated himself to providing for those in need. Jose Gabriel had received a Spanish Jesuit education and was raised as a noble. He was not of full indigenous blood, but his was that of the last Emperor of the Inca thus he inherited the title of Marquisate of Oropesa. With this title he held limited political influence under the Spanish government. Jose Gabriel was inspired by heroic accounts of his native ancestors and strongly opposed the relentless exploitation, abuses, and increasing taxation imposed upon his people. He demanded an end to to the commercial monopoly that strangled the lower class mestizos and indigenous people who were forced to survive on overpriced or unnecessary goods from merchants.

After his pleas met deaf ears in Lima, in 1778 Jose Gabriel realized that change would only come from below, through revolution. Because his identity was rooted in his native bloodline, he assumed the alias of his great ancestor, Tupac Amaru. Like the first Tupac Amaru, he led the people of Peru against their true enemies, the Spanish Viceroyalty of Peru.

Tupac Amaru II was able to rally many local communities to join his revolutionary cause, but he did not start alone. Among the first to join his cause was a courageous Afro-Indigenous warrior named Micaela Bastidas. Jose Condorcanqui and Micaela Bastidas married in 1760. Less than 20 years later, they waged a rebellion side by side.

To acquire the necessary supplies, a group of Tupacamarista soldiers captured a Spanish corregidor (provincial governor) named Antonio de Arriaga after he drank himself into oblivion at a banquet hosted by Tupac Amaru II. While in captivity, the rebels made him write a letter to the capital to send arms, equipment, and money. Arriaga was later executed after Tupac Amaru II read a false letter from the King of Spain saying that Arriaga took away different reforms without his approval and that they should take his life by the King’s decree. When the time came, Tupac Amaru II let Arriaga’s now former slave hang him. Tupac Amaru II followed the execution by addressing his people in their native language of Quechua, clad in royal Inca attire. He announced his intentions to abolish the mita, all of the unjust taxes imposed upon them, and stated that he would kill all those who tyrannized his people. A passage from The Last Inca Revolt describes the atmosphere following Tupac’s speech: “he distributed among the crowd the silver pillaged from the corregidor, giving the Indians two reales each and the Spaniards four. Then a great shout was raised to proclaim Tupac Amaru ‘Liberator of the County’ and all the people offered to obey him and sacrifice their lives in his cause.”

This action marked the beginning of his rebellion. Nine days later, Amaru and his army of 6,000 mostly indigenous and mestizo rebels won their first major victory against the royalists at Sangarara. Word of this rebellion spread like wildfire across Peru, and an estimated 30,000 people from Cuzco and the surrounding area joined in the rebellion. People said the spirit of the Inca warrior resurrected the revolution. The revolution also spread to the south by Lake Titicaca where Tupac Katari took up arms against Spain in Bolivia with the aid of Amaru’s brother Diego Cristobal. Amaru II continued his campaign and in the process emancipated all slaves formerly held by the Spanish, inspiring hope among his people that one day, Peru will once again belong to it’s own people.

“There are no accomplices here!”

Having gained momentum, Tupac Amaru II finally laid siege to the capital of his province, Cuzco. However, the rebels were met with strong resistance by the royalists. Reinforcements were sent to Cuzco from Lima and skirmishes broke out throughout the surrounding region for the next two days. After taking heavy casualties, the rebels were forced to retreat to the south where they regrouped and planned where to strike next.

Following the conflicts outside of Cuzco, the Spanish colonial government declared amnesty for any rebels who laid down their arms. Two men who were tempted by this offer were trusted officers. Colonel Ventura Landaeta and Captain Francisco Cruz sold out. Tupac Amaru II, Micaela Bastidas, two of their children, and other friends and relatives of the royal Inca family were captured soon after.

Spanish horses dragged Tupac and Micaela’s bodies into Cuzco. Tupac Amaru was tortured and when his captors tried to extract information from him he replied,“There are no accomplices here other than you and I. You as oppressor, I as liberator, deserve to die.” On May 18th, 1781 he was sentenced to death. In Cuzco’s Plaza de Armas, Jose Gabriel Tupac Amaru was forced to watch as his loved ones were put to death. Then, Tupac Amaru II had all of his limbs tied to four separate horses as they attempted to tear his limbs from his body. Despite their efforts, the last Emperor of the Inca was able to resist all four horses, which started a legend that he was made of iron. Their horses failed to break him, so the Spanish Royalists beheaded Jose Gabriel Tupac Amaru in the same spot that they had beheaded his great-great-great grandfather.

The rebellion in Cuzco had ended. Much of what remained of the rebel forces fled to Bolivia where they joined the forces of Aymara rebel, Tupac Katari and Diego Cristobal Tupac Amaru, as well as other descendents of the valiant Inca bloodline.

After his execution, Tupac Amaru’s body parts were distributed to different settlements loyal to the rebel cause. Despite the scare tactics of the Spaniards, Peru would not forget him. Tupac Amaru II had inspired a new demand from the people of Peru: “libertad!”….freedom! Tupac Amaru’s ideas would inspire a wave of Latin American freedom fighters that continue to this day. Though the Spanish had killed a man, they failed to kill his ideas. The Rebellion of Tupac Amaru II only inspired various other uprisings not just in Peru and Bolivia, but also in Argentina, Colombia, Venezuela, Panama, and part of Ecuador. By 1783, Diego Cristobal and other remaining members of the royal Inca bloodline were executed based on trumped up charges. To the Viceroyalty of Peru, this made them certain that this rebellion would never again reemerge. 42 years later, Tupac Amaru’s dream of a post colonial Peru would be realized, but Peru still faced many colonial and neo-colonial problems that are unresolved to this day.

In 1968, Peru’s government was overthrown in a coup by General Juan Velasco Alvarado. Velasco removed U.S companies that exploited Peru’s resources and nationalized them, gave rural farmers ownership of their own land, and initiated Peru’s “Revolutionary Government.” Velasco and his radical Tupamaristic reforms served as an inspiration for a young Venezuelan military cadet at the time named Hugo Chavez. Tupac Amaru II was among Velasco’s greatest inspirations and Tupac’s image would become a symbol of the Revolutionary Government, and later the Movimiento Revolucionario Tupac Amaru. This power to inspire would not be limited to Peru, for in Uruguay the Tupamaros also named their organization after the great mestizo revolutionary.

Through Tupac Amaru’s proud legacy along with the much resented repression of Inca culture by the Spaniards, Peru has come to proudly admire and identify with it’s Incan heritage. In Peru, songs have been written in his honor such as the “Himno a Tupac Amaru II.” In the song, he is praised through an abundance of Inca symbolism, which reads as neo-Incan poetry. In the song, Tupac Amaru is described as a “condor of fire” and “father of thunder” who is giving birth to his great nation and liberating his people from their chains and poverty.

Unfortunately, much of the indigenous population of Peru still lives in poverty. This is something that I myself have borne witness to in the streets of Cuzco where old indigenous women beg for change.Their seclusion in the Andes and the lack of concern from their government makes it nearly impossible to make a decent living. Even in Lima, it is clear that the current Peruvian government has not and will not show any sign that it intends to help its people escape poverty and marginalization. Entire hills in Lima are littered with makeshift shacks with no plumbing or electricity. Poverty gives birth to crime as “Moto asesinos” or motorcycle assassins run rampant throughout the city loansharking and trafficking drugs.

Just as we are made to believe in the U.S. that we have to choose between the “lesser of two evils,” it is the same in Peru. Keiko Fujimori, the daughter of the war criminal and money launderer Alberto Fujimori or the neoliberal, ex-World Bank and IMF employee, Pedro Kuczynski. Instead of the Spaniards, Peru is now run by puppets of the U.S Empire.

It is this rich history that marches through our veins. We carry these principles today and as revolutionaries, the greatest honor to his legacy is continuing the struggle against neo colonialism, systemic racism, and capitalist exploitation. We are modern day Tupac Amarus struggling on both sides of a great Lake Titicaca for the principles he lived and died for. The image of Tupac in a well tailored suit and sometimes a poncho and a glistening gold amulet and his stern gaze is today iconic. The amulet was worn by past Incan Emperors as a symbol of their status as ruler of the Inca. With the amulet of our roots upon his neck he led Peru’s oppressed through hellfire and unflinchingly stared death in the eye in hopes of seeing their people truly free.

The struggle for self-determination in Hawaiʻi

Dennis Banks: ‘We AIM not to please’ 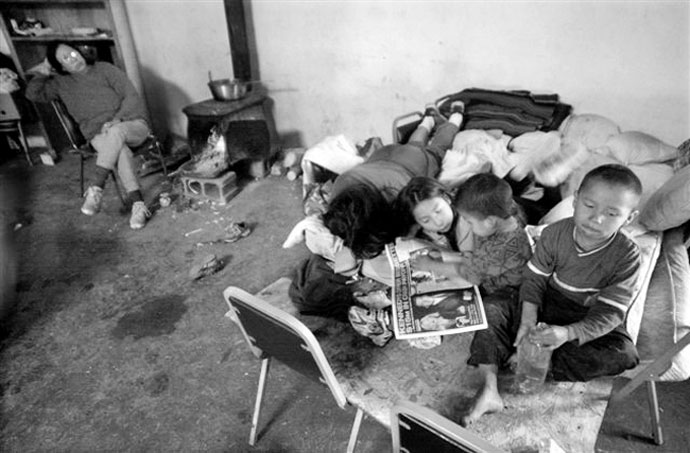 Budget cuts and the war against Native America