The following is a talk given in the Keynote Plenary of the Nov. 13-14, 2010, National Conference on Socialism sponsored by the Party for Socialism and Liberation.

The Soviet Union went out of existence 19 years ago next month. Some progressive people argue that given the fact that nearly two decades have passed, the issue of the Union of Soviet Socialist Republics is now an irrelevancy. We think otherwise.

For one thing, the capitalist class and its well-paid intellectuals and pundits continue to argue that the fall of the Soviet Union means that socialism and communism are impossible, that they might have been nice dreams at one time, but, they say, socialism turned out to be nightmare when it actually came into existence.

A stereotyped and negative image of the Soviet Union has been relentlessly fed to the people ever since the Russian Revolution, which took place 93 years ago this month. This manufactured image reflected the fear and hatred of the world bourgeoisie toward the first workers’ state.

Unfortunately, a significant part of “the left,” including some so-called socialist organizations, bought into the anti-communist stereotypes and pressures.  To their everlasting disgrace, they cheered the demise of the Soviet Union and the other workers’ states in Eastern Europe, proclaiming these counter-revolutions great victories for “workers democracy.”

Few of the actual workers in those countries, who saw their living standards and even life expectancies plummet in the years that followed, shared this sentiment. In fact, to this day public opinion polls show majorities of working people in the former Soviet Union, East Germany, Romania, and other countries longing for the system that they lost.

The triumph of the Russian Revolution nearly a century ago was truly a world-historic event. It was the first time in history that the working class was able to seize and hold power, and to reorganize the economy and society on a socialist basis. It proved that the oppressed, with their own leadership, their own party, could create a new reality.

The new Soviet government, led by the Bolshevik Party, was immediately confronted with several immense tasks—any one of which would have been daunting. First of all, they had to defend their new state against not only the internal counter-revolutionary armies—the White armies of the old landlords and capitalists—but also against the entire imperialist world. Fourteen imperialist armies invaded the new-born workers’ state, including the U.S. They sought, in the words of the infamous imperialist and racist Winston Churchill, to “strangle the Bolshevik baby in its crib.”

Second, the new government had to reorganize the economy and meet the needs of an impoverished—and often starving—population. They had to do this under conditions of a total economic blockade imposed by the capitalist world.

And third, they had to reorganize the workers’ movement internationally and build a new Communist International. This was not an optional task: None of the Bolshevik leaders—Lenin, Trotsky, Stalin, and so on believed that they would be able to succeed unless there were other revolutions in more industrially developed countries, particularly Germany. And the biggest obstacle to revolutionary success there was the lack of a Bolshevik-type party.

The fact that the Russian revolutionaries were able to hold onto to power in the face of these momentous obstacles seems almost unbelievable. It is a testimony above all to the immense human potential of the working class, which is suppressed under capitalism and only allowed to fully flourish by a socialist revolution.

The years of war and deprivation took an enormous toll on the party and the working class as a whole, a toll that weakened the party and led to later problems.

From being the least developed of the big European countries at the time of the revolution, 40 years later the Soviet Union was the second largest economy in the world, trailing only the U.S. It was the most rapid economic development ever, by any country. This despite the fact that after barely a decade of initial rapid development in the 1930s, two-thirds of the industry and much of the agriculture was destroyed by the Nazi invasion beginning in 1941. And contrary to what we see on the History Channel, it was the Soviet Union that bore the brunt of the Nazi war machine and destroyed it—but at a cost of 27 million killed. The U.S. death toll in WW II was about 400,000—a huge toll itself but about 1.5 percent of the Soviet death toll.

Before the revolution, much of the population went through life without ever seeing a doctor. In 1966, a leading U.S. medical journal wrote that “life expectancy doubling in the last 50 years. …At present time, the Soviet Union graduates annually about as many physicians as there were in whole Russian  Empire before the First World War. Of all the physicians in the world today, more than one in five is Soviet … while only 1 person in 14 in the world today is a Soviet citizen.” (Mark G. Fields, American Journal of Public Health, November 1966)

Not only that, but none of those doctors—three-quarters of whom were women— paid a kopek for their education, nor did anyone else in any field of work. Of course, they could not hope to become millionaires. It was a fundamentally different system than the one we live in, more like the one in Cuba today.

Every person was guaranteed the right to a job, housing, health care and education, and also the right to vacations, pensions and culture. There were many, many nationalities, each entitled to literature, newspapers and education in their language. Scores of languages that were not previously written were alphabetized. In the wake of the destruction of WWII, vast industrial, infrastructure and housing projects were undertaken. The absence of capitalist competition between enterprises enabled very rapid scientific and engineering development.

In addition to its remarkable internal development, Soviet aid was vital to national liberation movements and newly independent states around the world. The victories of the Chinese, Korean, Vietnamese and other revolutions would have been much delayed or prevented without the Soviet Union. Without Soviet support, Cuba would have undoubtedly been invaded by the U.S., and Soviet aid was vital to the Palestinians and many African revolutionary movements.

I am recounting just some of the achievements of the Soviet Union because they are almost never mentioned these days. The achievements are all the more remarkable given the serious problems the Soviet state faced. These problems included:

Under the combination of economic and military pressures, including Afghanistan, where following the 1978 revolution the Soviet Union intervened in support of the progressive government and the CIA carried out its biggest operation in support of the counter-revolution, a long-term division in the CPSU’s leadership erupted into a full-scale split. The pro-capitalist, pro-imperialist faction led by Boris Yeltsin and Mikhail Gorbachev won out.

By the late 1980s, the Soviet Union was cutting back or eliminating support for national liberation movements and allied socialist states. In 1989, the Gorbachev leadership broke the alliance with the communist governments and militaries in Eastern Europe leading to capitalist counter-revolutions in Hungary, Czechoslovakia, Poland, Bulgaria, Rumania and East Germany, and the disintegration of Yugoslavia. And, in 1991 this traitorous group dismantled the Soviet Union itself, leading to the restoration of capitalism in the 15 now-independent republics. We agree with the assessment of Cuban leader Fidel Castro: it represented the biggest setback in the history of the working class.

But it did not mean—as some capitalist commentators proclaimed—either “the end of history” or the end of the struggle for socialism. The ever-more urgent need for socialism is not based on the existence of any particular state, but instead grows out of the contradictions of the capitalist system itself, problems that that system cannot overcome, problems that only socialism can solve.

What is most remarkable from an objective standpoint, is not that the Soviet Union fell in 1991, but that it survived through the unimaginable challenges it faced. We should also remember that it took the bourgeoisie, the capitalist class, five centuries from their rise as a class until capitalism became the dominant world system.

The Soviet Union should be studied for its incredible achievements as well as its problems and contradictions. It was a first attempt. By its existence for more than seven decades it proved once and for all that the working class can take power and reorganize society on a socialist basis. 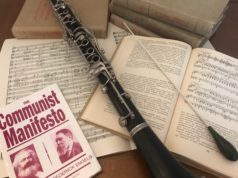 Music, not muddle: Re-examining Soviet sounds and the socialist project