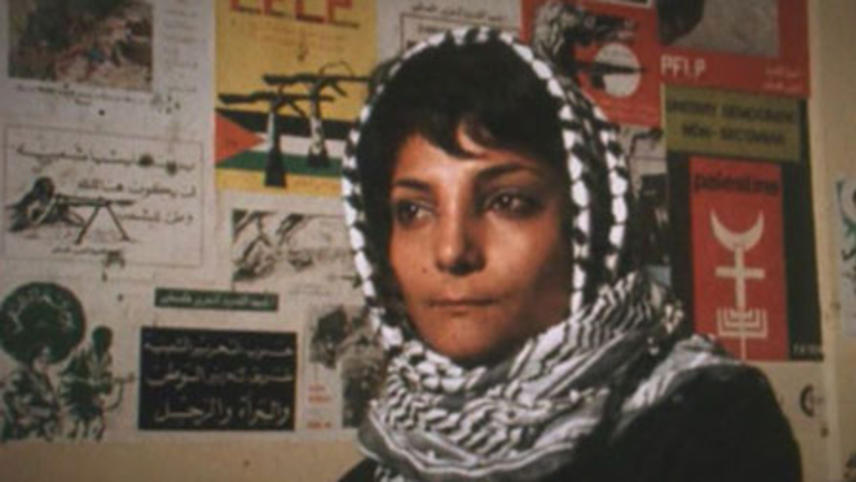 “I have a cause higher and nobler than my own, a cause to which all private interests and concerns must be subordinated.”

Palestinian women have been participating in all forms of resistance, including armed resistance, for as long as the Palestinian people have fought for national liberation. Leila Khaled is probably the most internationally known of these heroic women. She has dedicated her life to free Palestine from colonial occupation and to the international struggle for socialism.

The Palestinian resistance movement has endured for decades. Khaled is an important figure in this struggle, not just as a woman, but as a class conscious organizer who never failed to speak out and fight against the Israeli occupation of Palestine and its imperialist backers, namely the United States and Britain.

Khaled was born in 1944 in Haifa, then part of the British Mandate of Palestine. She was a young girl when the Zionists launched a war of terror on the indigenous Arab Palestinians. She and her family became refugees along with 750,000 other Palestinians when the state of Israel was founded in 1948.

Khaled, like so many dispossessed Palestinians, grew up in a desperately poor refugee camp in Tyre, Lebanon.

Due to the difficult material and social conditions of her life, Khaled began to develop political consciousness early on. By age 15, she committed herself full-time to the Palestinian struggle.

Khaled joined the Arab Nationalist Movement and immersed herself in political activism. She attended the American University of Beirut where she helped organize militant demonstrations in support of Palestinian liberation.

After its formation, Khaled joined the Marxist Popular Front for the Liberation of Palestine. She became an ardent communist revolutionary, professing admiration for Lenin, Fidel Castro and Che, Ho Chi Minh and Kim Il Sung, among others.

She organized a PFLP cell in Kuwait, helped spread revolutionary propaganda among the Palestinian diaspora and Arabs of the region and tirelessly engaged in various projects to help the PFLP financially.

Khaled soon joined a PFLP special operations unit and received specialized training to participate in military operations. This came after the PFLP and other Palestinian groups in the Palestine Liberation Organization decided to initiate armed struggle against the colonial settler state of Israel in order to regain their homeland.

In 1969 and 1970, she and her PFLP comrades carried out a number of hijackings of commercial airplanes to demand the release of Palestinian political prisoners, many of whom were undergoing severe torture inside Israeli jails. The tactical goal was to win freedom for the prisoners, while bringing the plight of the Palestinian people to the forefront of the international community’s attention.

During the 1969 hijacking of a TWA flight, en route from Rome to Damascus, Khaled forced the pilot to fly over Haifa, so that she could look at the hometown she was not permitted to visit. None of the Palestinian evicted from their homeland by Israel have been allowed to return.

No passengers were injured in the TWA action. The PFLP blew up the empty plane on the ground in Damascus to underscore the seriousness of the action. Khaled and her comrade Salim Issawi were held briefly and eventually released by the government of Syria.

Khaled then had plastic surgery to conceal her identity. This would allow her to participate in future, high-profile military operations.

She undertook a second hijacking without detection; this time of an Israeli El Al jet from Amsterdam. During this hijacking, because of the presence of armed guards on the plane, her comrade Patrick Arguello—an internationalist from Nicaragua—was killed. Khaled was captured and turned over to British authorities.

She was released soon thereafter in exchange for western hostages held by the PFLP. The PFLP blew up four empty hijacked commercial airliners at Dawson Field in Jordan as the international press looked on.

Both of Khaled’s most famous military operations obtained their intended goal and made her a hero in the Middle East and elsewhere. As Khaled described in her autobiography, “Our minimum objective was the inscription of the name of Palestine on the memory of mankind and on the mind of every self-respecting libertarian who believes in the right of the subjugated to self determination. … We were out to strike at the heart of the oppressor.”

Khaled’s international profile raised not only issues of national liberation, but the key role played by women in the Palestinian movement.

When asked in an interview if she was a terrorist, Khaled answered, “Whenever I hear this word I ask another question. Who planted terrorism in our area? Some came and took our land, forced us to leave, forced us to live in camps. I think this is terrorism. Using means to resist this terrorism and stop its effects—this is called struggle.”

For more than 50 years, Khaled has remained a dedicated revolutionary. She is admired by women and men throughout the world.

She currently lives with her husband and two sons in Amman, Jordan. She has not lost her revolutionary spirit and has continued her political activism with zeal.

Now, Khaled often speaks at international conferences and remains an articulate spokesperson for the Palestinian liberation struggle, always raising the centrality of the right of return for Palestinian refugees.

According to Khaled, “The struggle of the Palestinians has taken many faces. Armed struggle, intifada, and now both. Which means as long as there is occupation in our country, the conflict will continue.”